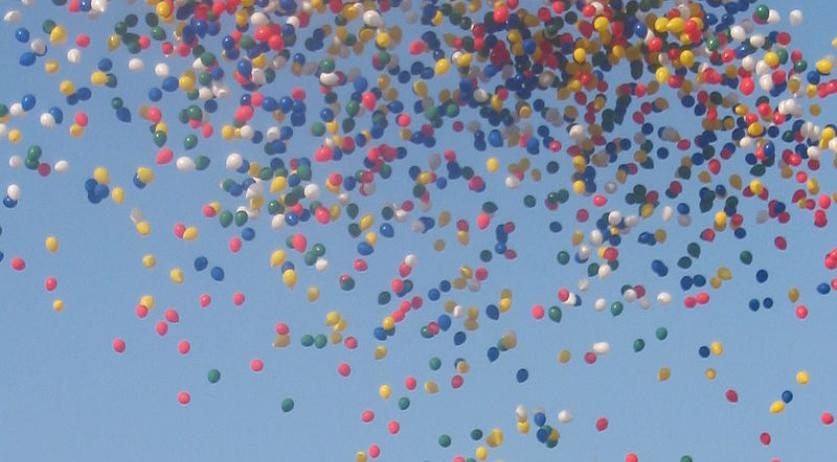 Before the end of this year Rotterdam and The Hague will ban the release of balloons. The city council in both cities approved such a ban on Wednesday. Utrecht is also discussing a ban this week and the expectation is that a majority in the city council will be in favor, NOS reports.

Amsterdam was the first Dutch municipality to ban the release of balloons in 2015. Dozens of other municipalities followed suit, including Den Bosch and Zeist in the past two months. If Utrecht also implements a ban, all four large Dutch cities will have a ban on releasing balloons.

"Children's parties with balloons are still allowed, but they can no longer be released. The same applies to weddings", a spokesperson for Hague alderman Richard de Mos explained to Omroep West. According to De Mos, the release of balloons creates a mountain of litter. "The remnants of balloons are eaten by fish, birds and other animals. And it causes a lot of animal suffering due to entanglement in ribbons or starvation after eating balloon remains."

When exactly the ban will be implemented, is not yet known. The cities first have to change their General Local Regulation. The expectation is that it will happen by the end of this year.