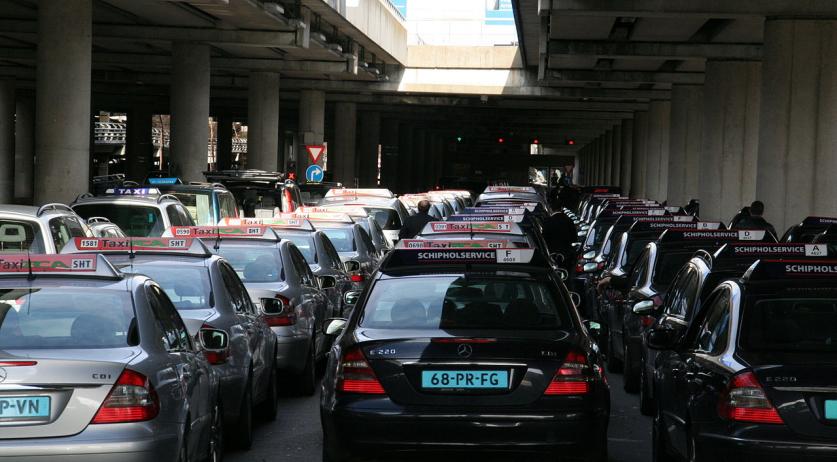 Taxi drivers protest against Uber in The Hague

An estimated 200 taxi drivers will be protesting on the Malieveld in The Hague on Tuesday afternoon against ride-hailing service Uber. Before the protest, two convoys of taxis will travel to The Hague from Amsterdam and Rotterdam at low speeds, not exceeding 60 kilometers per hour. The taxi drivers expect to start their protest in The Hague just after noon, the Telegraaf reports.

The taxi drivers want to hand over a petition for fairer competition between Uber and regular taxis, initiator Gökan Bilgin said to the newspaper. The taxi drivers are particularly angry that their insurance premiums have been raised. According to them, this happened because of recent accidents involving Uber drivers.

Regular taxi drivers are being punished for problems at the competitor, Bilgin said. "Uber drivers drive for 80 eurocent per kilometer, we for 2.35 euros. We do not think it's reasonable that we are now being equated with Uber and also have to pay higher insurance premiums", Bilgin said to the Telegraaf.

In December and January Uber drivers were involved in three fatal accidents in Amsterdam and the surrounding area. Four people were killed in those accidents. Uber since took multiple measures, including increasing the minimum age for their drivers to 21, and sending drivers for traffic safety training.

The Dutch association of insurers VNV told the Telegraaf that the burden of claims from independent taxi drivers is quite high, though a spokesperson could not say whether or not these claims involve Uber drivers. According to the spokesperson, it is unlikely that the higher insurance premiums are due to a number of recent accidents. Insurers generally base these types of decisions on risk data spanning several years.