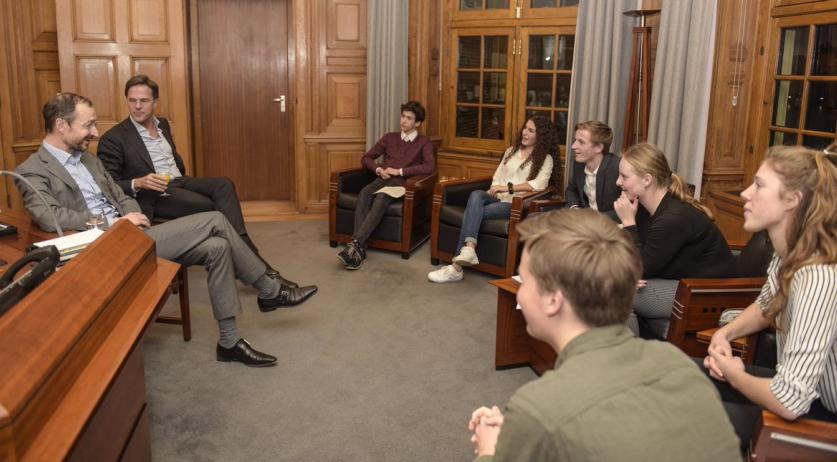 Pupils to continue with climate protests after talk with Dutch PM

The pupils who organized a massive protest march in The Hague last week met with Prime Minister Mark Rutte and Minister Eric Wiebes of Economic Affairs and Climate on Tuesday. They are not satisfied with the results of the talk, and will therefore continue with protests for more to be done against climate change, the organization Youth for Climate announced on Twitter.

Rutte invited the school children to his office to discuss their protest. Afterwards the Prime Minister spoke of a "serious conversation" with "people who successfully organized a large demonstration", NOS reports. More than 10 thousand school children participated in the protest last week Thursday.

According to Rutte, the teenagers believe that the government so far did too little to achieve its climate goals, and they have "a point". He emphasized that the government has ambitious plans in the form of the climate agreement, which is currently being assessed for feasibility. The results of that assessment is expected on March 13th. And Rutte and Wiebes will again meet with Youth for Climate at the end of March.

When there will be another large protest, is not yet clear. The pupils initially gave the impression that they won't organize large demonstrations before the end of March, but now said on Twitter that they will continue to take action. According to initiator Stijn Warmenhoven, a number of actions are planned for Thursday. "We say: go ahead", he said to NOS.

Last week Prime Minister Rutte called the protest "fantastic", though he added that the Netherlands is already doing a lot about the climate compared to other European countries.

In October last year the court in The Hague ruled that the Dutch State must do more to reduce greenhouse gas emissions. On Tuesday Rutte again said that the government wants to carry out the so-called Urgenda ruling. But last month the Netherlands' environmental assessment agency PBL said that the goal to reduce greenhouse gas emissions by 25 percent compared to 1990 by next year, as stipulated in the Urgenda ruling, is "out of reach".