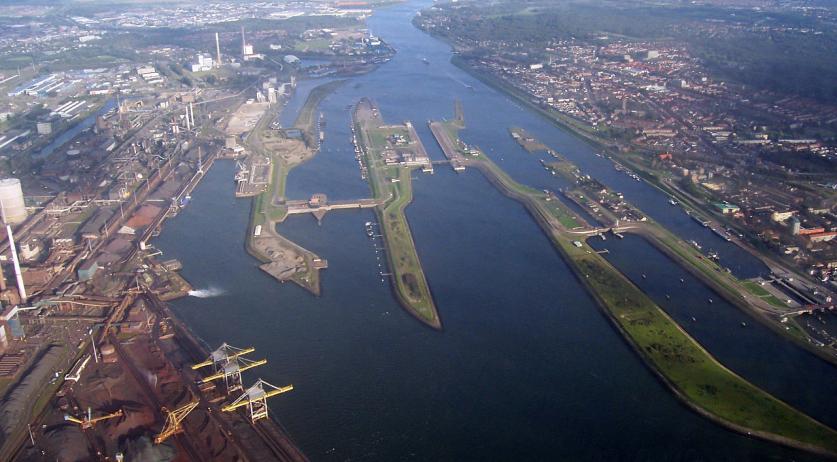 South Korean company Geosung Tech is threatening to seize the doors of the new sea lock in IJmuiden. The company, which built the doors, is in the midst of a financial clash with Dutch construction consortium OpenIJ, which consists of VolkerWessels and BAM, Financieele Dagblad and Cobouw report.

The steel doors, which are 72 meters long, 24 meters high and 11 meters wide, arrived in IJmuiden last month - around 8 months later than planned, partly due to the bankruptcy of one of Geosung Tech's subcontractors.

According to the two newspapers, early in December OpenIJ claimed 22 million euros back from Geosung - the complete contract price. The Koreans refused to pay the money back. OpenIJ then managed to reclaim 7.3 million euros on the basis of a bank guarantee. Geosung fought this in court, but the lawsuit failed. The South Koreans now appealed against the ruling, and is threatening to seize the doors.

"OpenIJ can not both accept the doors and reclaim the money", Geosung's vice president said to FD. He does not deny that there was a delay, but said that it happened in consultation with OpenIJ. Geosung also says it is entitled to more money than originally agreed with OpenIJ. The construction cost millions more, partly because of changes that were made at the request of the Dutch. The previous management of OpenIJ agreed to these higher costs, according to Geosung.

The Dutch consortium called these claims "completely unfounded", according to FD. The South Korean company also knew that late delivery would have financial consequences, a spokesperson said. "OpenIJ pointed this out to Geosung during the construction."

This is not the first setback OpenIJ is facing with the construction of the new sea lock - the largest in the world according to Rijkswaterstaat. The sea lock was scheduled to open this autumn, but partly due to a wrong design of the concrete caissons, its opening has been delayed by over two years. BAM and VolkerWessels suffered estimated losses of 200 million euros on the project.

According to OpenIJ, this dispute with Geosung will pose no risk of further delays.