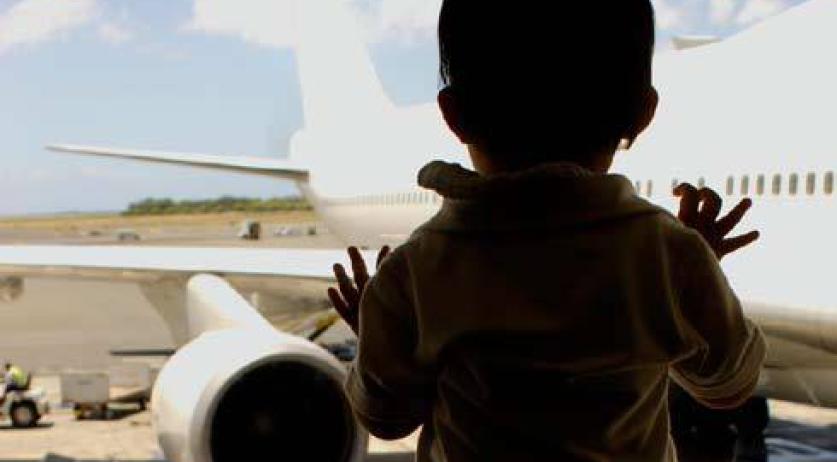 Armenian family to be deported, despite political uproar

The deportation of an Armenian family, including three kids aged 8, 5 and 3 years, will happen as scheduled on Monday, despite political talks about easing the children's pardon for asylum kids who are rooted in the Netherlands. Emergency procedures to keep the family in the Netherlands were all rejected, the family's lawyer confirmed to RTL Nieuws.

The Grigoryan family is scheduled to be on a flight to Armenia at 1:10 p.m. on Monday. They fought against their deportation until the last moment. "The emergency procedures have all been rejection. The deportation continues. After this weekend we had hope again, we struggled to the last end", the lawyer said to RTL Nieuws.

On Saturday the CDA said that it will support a relaxation of the children's pardon, meant for children who have been living in the Netherlands for five or more years without a residency permit and who are rooted in Dutch society. The VVD is now the only one of the four coalition parties who still wants to stick to an agreement made in the Rutte III coalition agreement, which states that the current children's pardon will be left unchanged. Left-wing opposition parties GroenLinks and PvdA also support a more generous children's pardon, and with the support of the CDA there is now a parliamentary majority for it.

Coalition parties ChristenUnie and D66 both called for an immediate halt to the deportation of children. "It seems to me very unwise to put families out in advance", D66 leader Rob Jetten said to RTL Nieuws. CDA leader Sybrand Buma does not want to pre-empt a deportation halt for children. "We are going to discuss this with the coalition", he said to the broadcaster before the weekly coalition meeting. VVD leader Klaas Dijkhoff said that he would listen to the wishes of his coalition partners, but added: "Fortunately, I have a coalition agreement."

The Grigoryan family fled Armenia and came to the Netherlands in 2010. "All three our children were born in the Netherlands. This is their home", father Hovik said to RTL on Sunday, from the deportation center in Zeist where they were locked up. Two years ago his 8-year-old daughter Shushan was hit by a truck on the grounds of the asylum center in Den Helder where they lived. She spent some time in hospital. "She still hurts, and is afraid. Shushan can't sleep well at night. She needs medical help." Which she won't get in Armenia, Hovik said. "My children do not speak the language either. They've never been there. That's why we don't want to leave. The Netherlands is our home."

"I think it's scandalous how this is going", Esther van Dijken, a friend of the family who speaks on their behalf, said to RTL. "On Saturday, politicians gave hope because the CDA turned, but on Monday this is the hard reality. I wonder if politicians understand what they are doing to them."