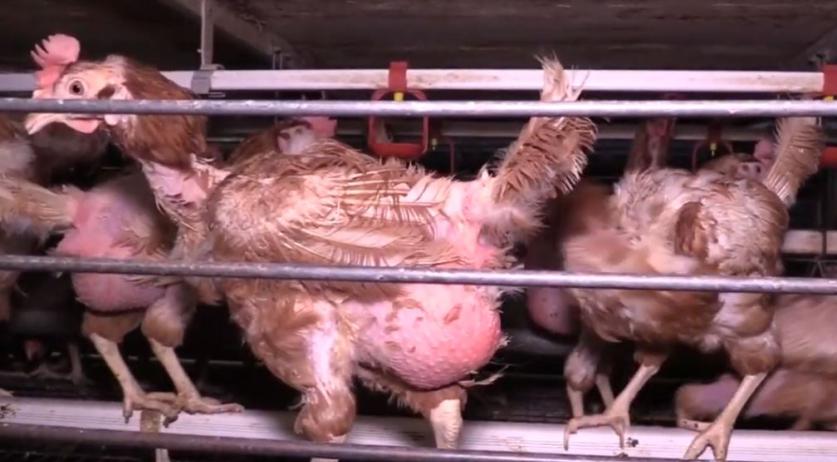 Animal Rights released a new video showing abuses on Dutch chicken farms. The video shows bald and weakened laying hens that can hardly walk. It also shows dead chickens in the stables, some in an advance state of decomposition.

This new video was filmed with hidden cameras in Flevoland, Noord-Brabant, Gelderland, Limburg and Vlaanderen, according to L1. The Limburg locations concern stables in Nederweert and Oirlo, the regional broadcaster reports.

According to Animal Rights, tens of thousands of laying hens live in barns. These animals have been "used up" by the high egg production and substandard living conditions in 18 months, the organization said, NOS reports.

Three months ago Animal Rights released similar footage of a battery farm in Tollebeek, Noordoostpolder. Both the poultry farmer and the Dutch food and consumer product safety authority NVWA later said that there were no abuses.

Iris Odink of the Dutch union for Poultry Farmers, who has only seen the video made in Vlaanderen, doubts its authenticity. "Look, footage of bald chickens doesn't make us happy. But there are certain organizations that are constantly working to blacken the sector. They break in, plunder your cadaver holder, lay down the cadavers and then make footage of it. With the best intentions in the world, you can do nothing against it", she said to 1Limburg.

The below videos may not be appropriate to sensitive viewers: