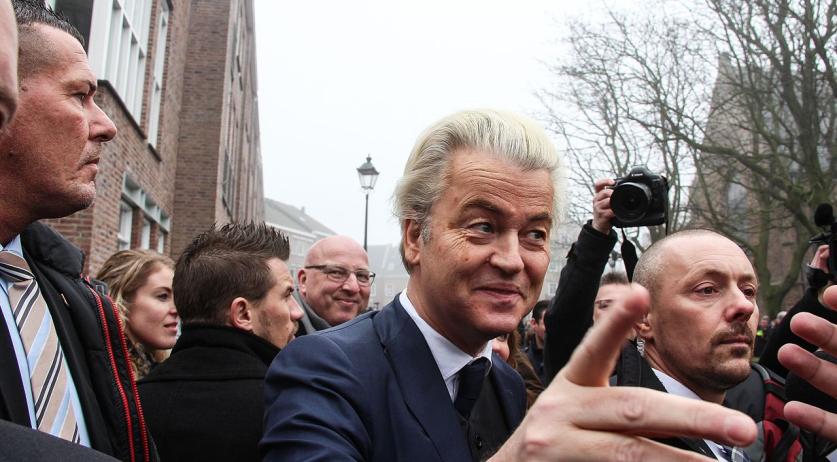 The Turkish-Islamic cultural federation TICF, a foundation that speaks for 144 Turkish mosques in the Netherlands, demands that Twitter block the account of PVV leader Geert Wilders. According to the TICF, many of Wilders' statements are contrary to Twitter's terms of use. If Twitter does not block the populist politician's account, the foundation will go to court, lawyer Ejder Kose said to newspaper AD.

The TICF also plans to file charges against Twitter in four Islamic countries - Turkey, Morocco, Pakistan and Indonesia. In those countries, many of Wilders' statements are punishable, Kose said. "Twitter offers Wilders a platform to spread his hatred propaganda worldwide. This means that not only Wilders, but also Twitter, is punishable in those countries. The world is bigger than the Netherlands", the lawyer said to the newspaper.

Kose referred to a tweet posted by Wilders in September last year. In that tweet Wilders said: "The truth: Mohammed is the example for more than 1 billion Muslims. Mohammed was a pedophile, mass murderer, terrorist and madman."

In March Diyanet, the Turkish directorate for religious affairs that TICF is affiliated with, filed charges against Wilders for a video he posted online, also on Twitter. The video states that Islam equals discrimination, violence and terror, among other things. It finishes with the text 'Islam is death', with blood dripping from the letters. The Public Prosecutor eventually decided not to prosecute Wilders for the video.

"My client, the TICF, found that incomprehensible. We therefore started looking for other ways to stop Wilders. If it does not work through criminal law, we'll try civil law", Kose said to AD. "Wilders has lost it, hurts Muslims structurally and legitimizes violence. He regularly crosses the line of what should be allowed."

The PVV leader responded to the TICF's intentions on Twitter. "Madness", he wrote.