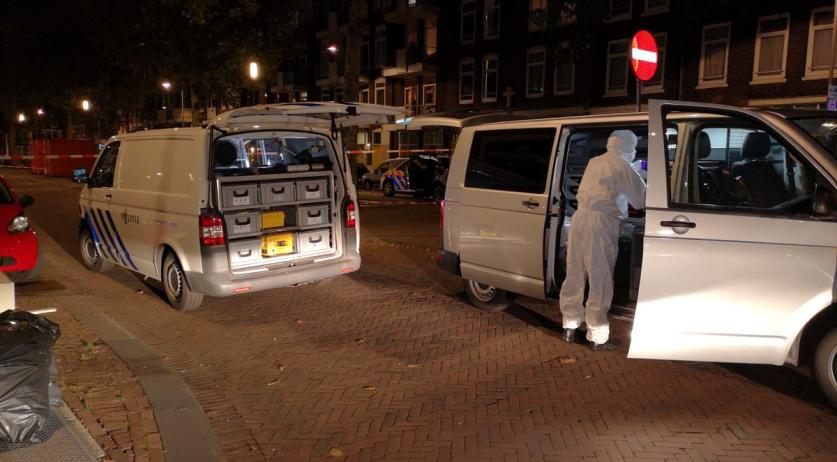 The police are taking into account that 32-year-old Dyron Vrutaal was not the target of the Rotterdam shooting in which he was killed on Sunday. All scenarios is still open. "We also hear theories that it may have been mistaken identity", a police spokesperson said to newspaper AD.

The shooting happened on Rechthuislaan in the Katendrecht district, where the victim grew up and still lived. A man wearing a motorcycle helmet walked up to a group of men and opened fire with an automatic firearm. Dozens of shots were fired. The men fled in a panic. Dyron was hit and died at the scene. "We can not say anything about a motive yet", the police spokesperson said to the newspaper.

The gunman then got onto the back of a scooter, driven by an accomplice, and fled the scene.

According to the police, it is a miracle that no one else was hurt in the shooting. Four cars were hit by bullets, and a bullet went into a cafe on the corner of the street. It hit a slot machine where a woman was playing at the time. "That woman really had an angel on her shoulder", the police said.