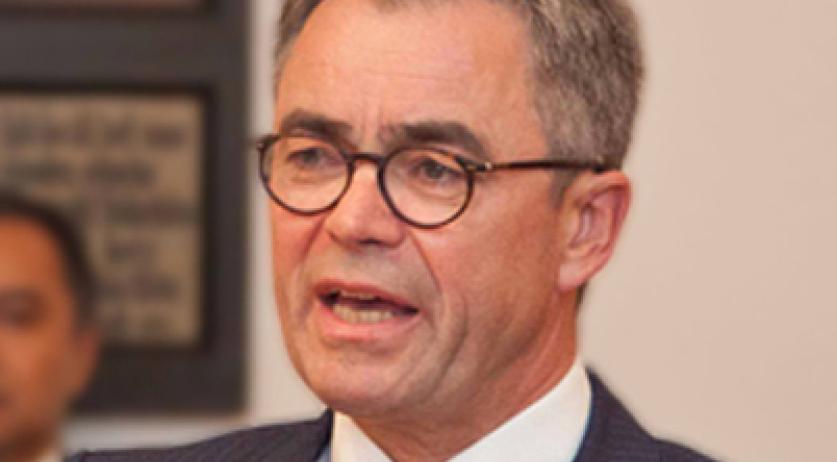 Haarlem residents take to the streets in support of threatened mayor

Hundreds of people gathered on the Grote Markt in Haarlem on Sunday to express support for mayor Jos Wienen, who recently went into hiding due to threats. Minister Kasja Ollongren of Home Affairs and Kingdom Relations and a number of parliamentarians also attended the manifestation, NOS reports.

"Hands off Jos Wienen", Ollongren said in Haarlem. "The threats to Wienen were so bad that he had to go into hiding. That is unacceptable in a democratic constitutional state."

Wienen himself was also at the manifestation. "Dear Haarlemmers, thank you for this great support. It is heart warming to see that there are so many people who show support and encouragement", he said. "Your gathering here is a signal to me that we, as citizens and government, stand for democracy, for a society in which you do not have to be afraid of violence. I am proud of our beautiful Haarlem and of the Haarlemmers, thank you."

Wienen has been given extra security for some time. Last month armed police officers also started guarding the Haarlem city hall. Last week it became known that the mayor had to leave his home and is currently living at an undisclosed location.

So far the police said nothing about the origin of the threats against Wienen. NH Nieuws reports that it may have something to do with Wienen's harsh approach to crime.

This is Holland, too. Mayors who take on #organizedcrime are severely threatened. Photos of Mayor Wienen of Haarlem, who lives under police protection in a safe house. Citizens came to demonstrate their support for Wienen this weekend. pic.twitter.com/3bIfRfkljv