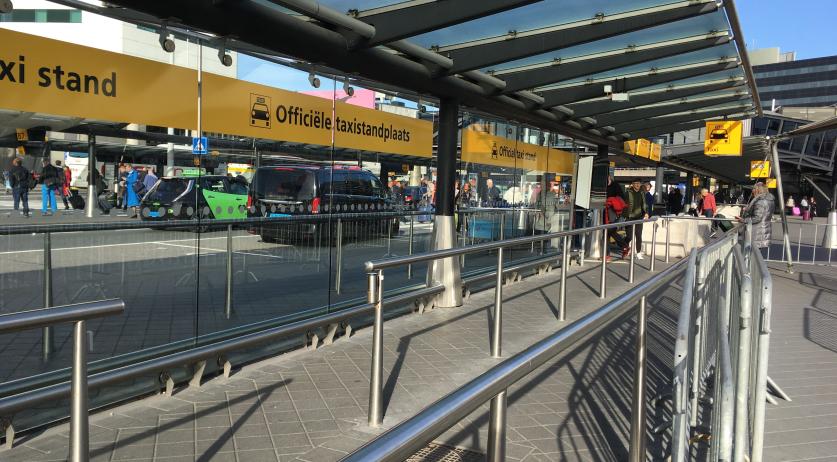 The Human Environment and Transport inspectorate, police, Public Prosecutor, and Tax Authorities are investigating large-scale taxi fraud in the Amsterdam area. Hundreds of illegal taxis are driving around Amsterdam and Schiphol airport, the Inspectorate said to newspaper AD.

Since last week teams of this coordinated approach have been on the road every day, pulling taxis over for checks. They found a concerning trend - malicious taxi operators attempting to earn money quickly by cutting corners and not following the taxi rules. Many of the illegal taxis don't have an on-board computer installed, and drivers often don't even know who they are working for.

"A wonderful company is listed in the taxi register, but as soon as we check, we encounter strange thing", Sikko Oosterhoff of the Inspectorate said to the newspaper. "Companies quickly go bankrupt, contracts with drivers are signed in shady cafes, pay slips can not be discussed and the owner can not be found." So far the Inspectorate found 20 illegal taxi companies around the Dutch capital. "But there are probably more." On average they run 20 to 70 taxis, in some cases even 100.

By not keeping to the rules, the shady taxi entrepreneurs can run their taxis much cheaper and get rich quickly. The consumer usually doesn't even notice, as the rates are the same as for legal taxis.

The Inspectorate thinks that this type of fraud also occurs elsewhere in the Netherlands, though the Amsterdam region has the largest taxi market in the country by far. Around 2,500 taxi companies operate around Amsterdam and Schiphol, according to the newspaper. For comparison: Rotterdam has around 500 taxi companies.