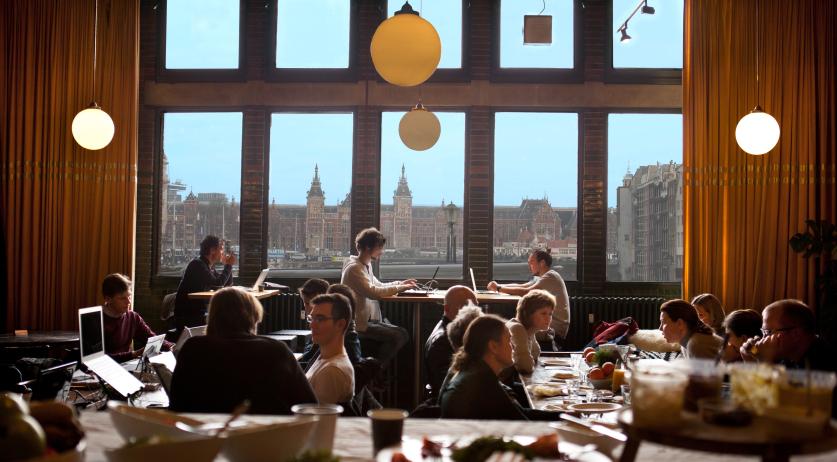 Most Dutch workers can’t concentrate on the job

A massive 63 percent of Dutch workers struggle to concentrate at work several times a month. 26 percent have trouble with this several times a week, according to a study by Zorg van de Zaak, a network of companies in the field of business care, among 1,1017 Dutch workers between the ages of 18 and 66 years, AD reports.

The researchers found that 53 percent of Dutch workers come home listless after a day at work several times a month. For a fifth, this happens several times a week. Three quarters of respondents say they work effectively for 6 hours of an 8 hours work day at most. Only 11 percent can concentrate for the full eight hours.

Colleagues seem to be the most common form of distraction in the work place. 64 percent of respondents said they regularly have their concentration broken by a colleague. 56 percent are distracted by phone calls, and 51 percent can't concentrate because they're doing several tasks at the same time.

"We have adjustable chairs at the office, we know that you should not discriminate on applications, that you should eat healthy, but how to take good care of our brain is often unknown" healthcare psychologist Ulrika Leons said to the newspaper. Not giving your brain chance to relax puts you at risk of work-related mental illnesses. Symptoms like lethargy, persistent headaches, concentration problems and fatigue are often ignored for too long.

As a director of Skils, which specializes in corporate psychology, Leons has been noticing concentration problems during training courses for managers and employees for some time. "We look for distractions, but some of the distractions, like Wordfeud and Candy Crush, do not let our brain recover properly", Leons said. "Everyone is busy, busy, busy, we say that our thoughts spin and our memory is a sieve." That is exhausting, because we never give our brain a rest. "We seek distraction in activities that also ask something of hour brains. If we want to remember things and want to concentrate better, we have to do something that we don't have to focus on. We need to laze about more."