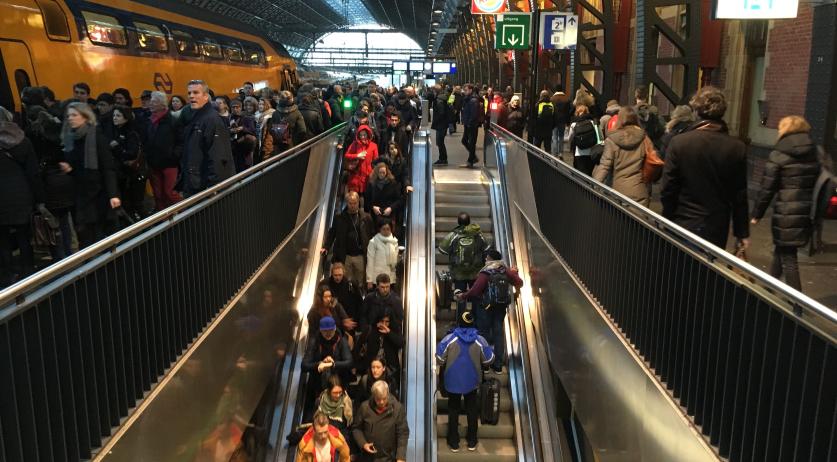 The fault that caused a major disruption to train traffic in and around Amsterdam on Tuesday evening was the result of a software error, which was caused by a unique combination of circumstances after a shoplifter fled into the Schiphol tunnel, rail manager ProRail said, RTL Nieuws reports.

Because the shoplifter ran into the airport tunnel, train traffic to and from Schiphol had to be halted. This meant that one train was unable to complete its planned journey. The system that regulates train traffic at Schiphol was allocating a platform to this train, while manual instructions were also being implemented for the train. This resulted in a software error, through which the automatic traffic control system could no longer be used.

"We had to switch to subsystems, which meant that the complicated train service around Amsterdam and Schiphol could only be handled manually", ProRail said, according to the broadcaster. The system has now been adjusted so that this error can not occur again.

According to NS, some 52 thousand passengers were affected by the disruption. By Wednesday afternoon 1,500 people claimed refunds because they were delayed for more than an hour. That number will likely double in the coming time, NS expects.

State Secretary Stientje van Veldhoven of Infrastructure wants the disruption to be "properly evaluated", she said to AD. She wants a careful investigation into how the disruption was managed, focusing on what went right and what didn't. The most important thing for her is that all stranded travelers are able to get home during a disruption.

Travelers association Rover wants an emergency plan to be set in place for major disruptions. A spokesperson for NS told RTL that such a plan already exists. "But we always want to see how things can be improved."