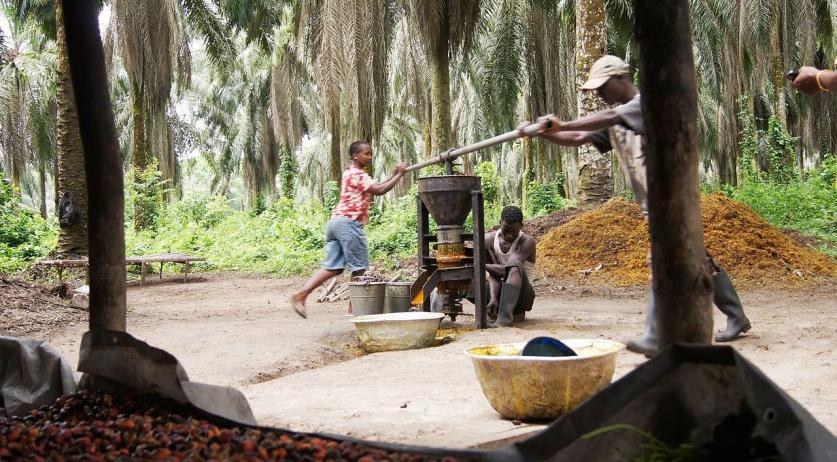 According to Milieudefensie, between 2010 and 2018 the three banks invested at least 4.9 billion euros into 14 palm oil companies guilty of 118 abuses in nine countries.

This year, for example, ABN Amro bought 10.8 million euros worth of shares in company POSCO. These involve investments ABN Amro did on behalf of its clients. POSCO's parent company is 85 percent owner of another company responsible for cutting down rainforest in Papau New Guinea. Between 2012 and 2017 that company was involved in cutting down more than 27 thousand hectares of rainforest wood in the country.

Rabobank and ABN Amro both have ties with palm oil company GAR in Nigeria, according to Milieudefensie. Over the past years, the banks provided hundreds of millions of euros to GAR subsidiaries, which in turn cut down large areas of rainforest.

ING lent money to a company that intimidated the local population of West Sumatra and drove them off their land.

"Banks have known what's going on for over 15 years. Yet they keep putting money into these dubious companies", Rolf Schipper of Milieudefensie said. According to the organization, it is time for the banks to "take their responsibility".

In a response, ABN Amro stated that palm oil alternatives are often even more harmful and a boycott is therefore not realistic, NU.nl reports. The bank agrees that much improvement is needed and ABN Amro is therefore setting requirements on its customers. If there are still abuses, the bank then enters a so-called 'engagement trajectory', which aims to improve the behavior of the company involved.

ING and Rabobank were not available to comment to NU.nl.