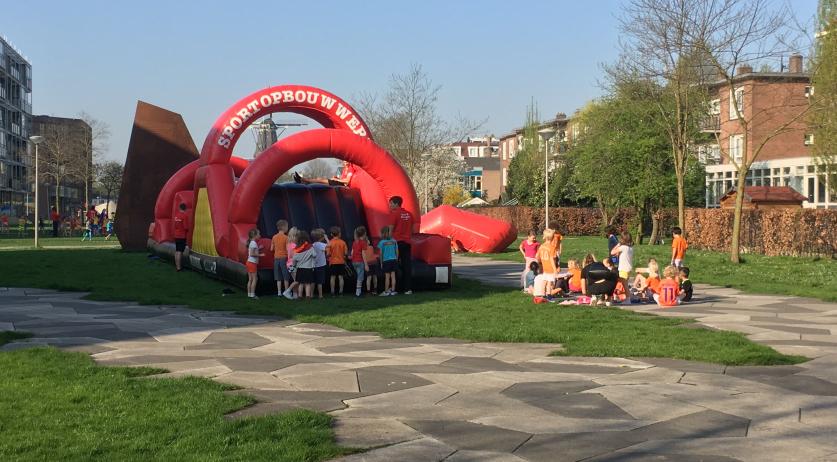 After a good breakfast, King Willem-Alexander kicked off the King's Games with 500 children at Brede School De Fliert in Twello on Friday. This is the sixth edition of the King's Games - a sports day focused on getting kids in the Netherlands enthusiastic about playing sports and staying active.

This year's theme is "Inside Out". It's focused on stimulating kids to play outside more. Over 1.2 million children from over 6 thousand primary schools in the Netherlands, the Caribbean and Dutch schools abroad are participating this year.

"It's already the sixth King's Games, but for the children it is new every time", King Willem-Alexander said at the kickoff in Twello, NOS reports. "It remains important to have a good breakfast and exercise."

Queen Maxima couldn't be at the kick off of the King's Games, because she is attending a meeting of the World Bank and the International Monetary Fund in Washington as a special UN envoy. "She finds it a pity, it was an appointment made long ago", the King said. But princess Ariane, who is in group 8, is definitely participating. "Ariane has certainly practiced. She loves jazz ballet and will enthusiastically dance along with the King's Song."

Every year the King's Games are organized on the last Friday before King's Day on April 27th. The Royal Family will celebrate King's Day, King Willem-Alexander's birthday, in Groningen this year. During their visit they plan to pay extra attention to problems caused by gas extraction, NOS reports.