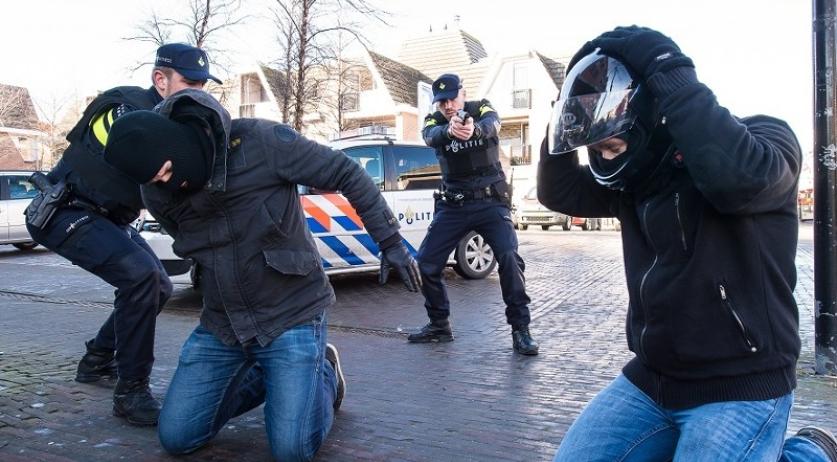 In 2017 the Dutch police had fewer incidents in which a police officer used violence during the course of his or her duties than in the year before. Last year cops in the Netherlands used violence 12,394 times, compared to 14,672 in 2016, the National Police announced on Monday.

These uses of violence include all forms of violence the police can use if a situation demands it, such as firing a warning shot or directly at a suspect, pepper spray, baton, or physical violence.

The police emphasize that it is difficult to draw conclusions from these national figures, as different units of the police register the use of violence in different ways. "This will change in 2019, but at the moment it is still difficult to draw national conclusions." Peije de Meij, who is in charge of the Violence portfolio in the National Police, said.

Comparing the annual figures per police unit is more reliable because of the different ways of registration. In Amsterdam the number of times police officers used violence declined over the past three years, in line with the national trend.

In The Hague there were 20 percent fewer incidents in which police officers used violence last year. The police can give no concrete explanation for this sharp decline, but points out that The Hague unit paid a lot of attention to the subject of police violence over the past years. More effort was put into improving the connection between police and Hague residents, and police supervisors continually discuss the professional application of violence with officers.

De Meij emphasized that the police only use violence if there is no other choice. "Police officers use violence as limited as possible and prefer to de-escalate. The officer's most important weapon is still the mouth. But sometimes police officers have to [use violence], for example to handcuff a violent detainee or to protect other citizens. If you consider that the police have many tens of thousands of 'civil contacts' per year, then the use of force remains incidental. And it is therefore relatively rare in the daily work of an officer."