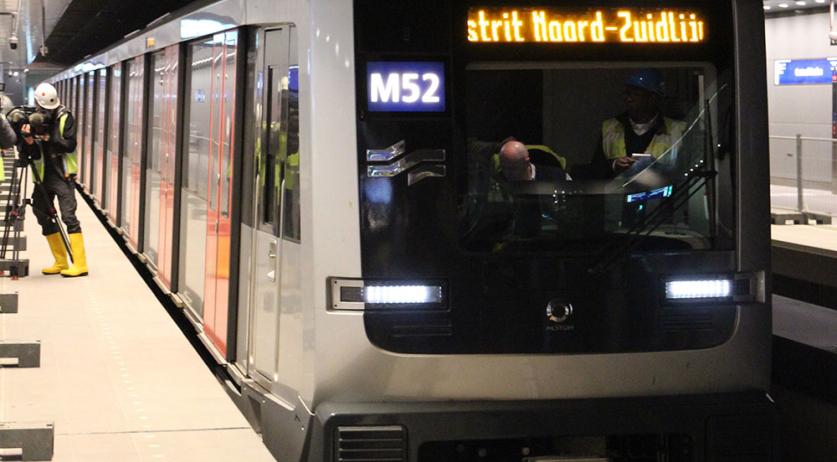 The involved parties are confident that service can safely start on the line, which connects Amsterdam Noord to Zuidas, on that date. Though transit company GVB warns that travelers should take teething problems, like disruptions, into account "in the first half year".

The initial intention was to run a train on the line 12 times per hour during rush hour, but that has now been reduced to 10 times per hour. In the evening hours the subway will run every seven or eight minutes.

How the Noord-Zuid line will function with the existing network in Amsterdam could not be tested in advance, and will only become clear once the line is operational. GVB expects that there will be some problems, especially when it comes to current travel information on disruptions.

Early this year, after an investigation into the feasibility of July 22nd as a start date, experts concluded that a great deal still had to be done before the line could become operational, according to NU.nl. Despite the fact that the involved parties are confident they can manage it, travelers association Maatschappij Voor Beter OV calls it "premature" to hold onto the start date. According to the association, disruptions can not be ruled out in the beginning, and there are too few alternatives to public transports in case of breakdowns. The association calls on the GVB to postpone the start date if technical problems are not resolved in time.