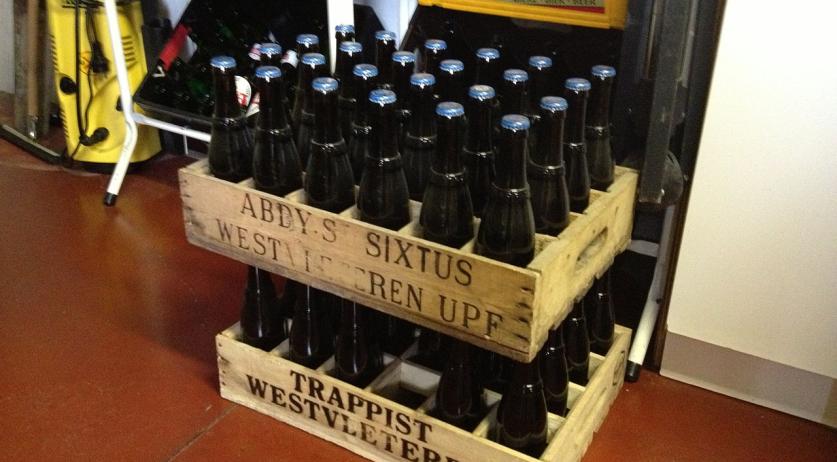 The monks of the Belgian Saint Sixtus Abbey and Dutch supermarket chain Jan Linders have buried the hatchet. The monks will not take legal steps against the supermarket, and Jan Linders promised never again to sell their Westvleteren Trappist beer, RTL Nieuws reports.

Jan Linders recently sold about 300 crates of the exclusive beer, "to introduce the consumer to this beautiful beer". The Abbey was shocked and outraged when they found out. Westvelteren Trappist is brewed only at the Abbey, and in limited quantities. It is normally only for sale at the Saint Sixtus Abbey itself after a telephone reservation. Customers can buy no more than two crates at a time, and must wait two months for their next order.

The Dutch supermarket chain bought the beer through "purchasing partners", it said. They sold almost all the beer within a day, at 9.95 euros a bottle. This was another point of contention for the monks who brew the beer. The abbey sells its dark beer for 40 euros per crate of 24 bottles, so 1.66 euros per bottle.

Jan Linders previously stated that this was a once-off promotion. "We may have underestimated the sentiment that has arisen here", the supermarket chain said, according to the broadcaster.