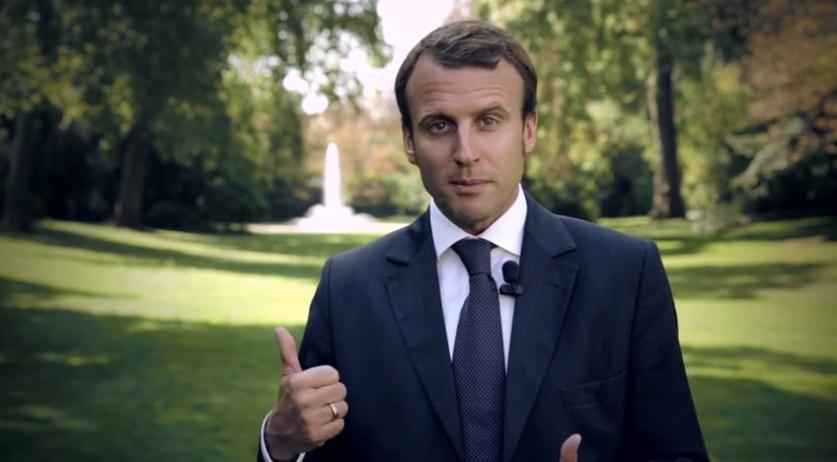 French President Emmanuel Macron visited the Netherlands on Wednesday, in the run-up to a European sumit in Brussels on Thursday and Friday. He emphasized the strong bond between the Netherlands and France, but criticized the Dutch policies on corporate tax and pulse fishing, NOS reports.

King Willem-Alexander received the French president in an official welcome ceremony at Noordeinde Palace, after which Prime Minister Mark Rutte met with him. The two heads of state then gave a press conference together.

In his speech, Rutte mainly focussed on the strong bond that the Netherlands and France have. "We share an unwavering urge for freedom and our countries have strog economic ties. Trade currently has a volume of more than 50 billion euros", Rutte said. According to Rutte, France and Netherlands are pulling "on the same side of the rope" in Europe. "For the Netherlands too, topics such as migration, climate, internal market, security and defense are issues that European cooperation can add value to", he said, referring to a speech Macron made at the Sorbonne University in Paris last year.

Macron also emphasized the strong bond between the Netherlands and France, and thanked Rutte for meeting with him. "I am very pleased that Prime Minister Rutte is available on an election day", he said. He praised the two countries' cooperation on many points, such as in the fight against terrorist organization Islamic State, but also had a few points of criticism.

One such is the Dutch tax policy, according to the broadcaster. "The Netherlands must take more responsiblity for European integration." The Dutch government is against giving more money to the EU, but according to Macron, this is something that needs to be done. In the fiscal area, member states must pursue the same policy, the French president said. According to him, this should be done with a so-called common corporate tax base, which will fall under Brussels' supervision. German Chancellor Angela Merkel is also in favor of this, Macron said.

The Netherlands is opposed to the idea, according to NOS. The country's low coroporate tax rate makes the Netherlands more attractive for international companies. Macron thinks this unfair. "We have to level it out, otherwise large companies will play member states against each other."

Another point of criticism for Macron, is the Netherlands' stance on pulse fishing - in which fish are startled with an electric shock and driven into nets. In January the European Parliament voted for a ban on this type of fishing. According to France, pulse fishing goes against animal welfare. According to the Netherlands, it is better for the climate. Dutch fishermen also invested heavily in the technology. Macron expressed his support for the European Parliament vote. "We know what the damage is to fish stocks. I believe it was a good choice."

Rutte later gave Macron a tour of his office. The French president posted a video of the tour on Twitter:

Thank you for the talk Mark Rutte, see you tomorrow in Brussels to move Europe forward! pic.twitter.com/GSzTcDQ5IO