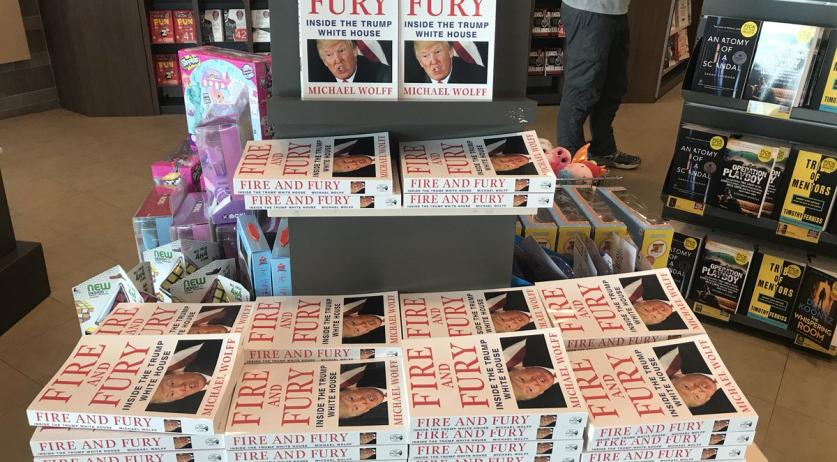 Michael Wolff, the author of the bestseller Fire & Fury biography about US President Donald Trump, has canceled his interviews with Dutch media scheduled for Friday, multiple media outlets report. Newspaper NU.nl said that the writer was disappointed at the way he was treated by television presenter Twan Huys and his audience during his interview on College Tour Thursday night.

Newspaper Het Parool writes that the American journalist was repeatedly accused of implying that the married U.S. Ambassador to the United Nations, Nikki Haley, was having an affair with Trump, who married his third wife Melania in 2005. On a recent broadcast of HBO panel show Real Time with Bill Maher, Wolff implied Trump was having an affair with a woman mentioned in Fire & Fury but said that he did not explicitly state the details because he could not confirm it.

He invited his audience to "read between the lines" to figure it out, leading many to believe that Haley was the focus of the claim. Wolff drew heavy criticism in the U.S. for his remarks, though Wolff himself said he never implied it was Haley and was surprised she so vigorously denounced it even as she was not directly mentioned. Others thought it possible that spokesperson Hope Hicks was who Wolff alluded to.

Wolff writes, among other things, that Haley has met several times with Trump and implies that there is a sort of relationship between the two. He also writes that Hicks had a sort of obsession with the president, and frequently met privately with him as well. Wolff said he was "absolutely certain" and only missed the "blue dress" to prove it - a reference to Bill Clinton's semen stains allegedly found on Monica Lewinsky's clothing.

During the recording of College Tour in Amsterdam, the implications for Haley were repeatedly questioned, causing the writer's discontent. He then criticised Twan Huys' interviewing style and insulted an audience member who reproached him for harming Haley's reputation.

Wolff instead said he would not be shocked if Trump were having an affair, but quite the opposite saying he would be much more surprised if he was not having an affair in the White House. Still, "I do not know if Donald Trump has an affair with someone," he stated. "This is the last thing I say about it".

College Tour editor-in-chief Marij Janssens, said in a reaction: "The students asked some quite critical questions, but that is understandable when you look at what he said about Nikki Haley: a student asked if he as journalist could suggest that the president and the ambassador would have an affair, without mentioning any sources. Wolff reacted very harshly on her," Janssens stated.

"The the interview continued as usual. Later we were told by his publicist that he was angry," Janssens said.

The NTR show will air on Monday at 9 p.m. on NPO2. Rebroadcasts were also scheduled, and the show will be available on the NPO Uitzending Gemist service to be viewed on-demand in the Netherlands.