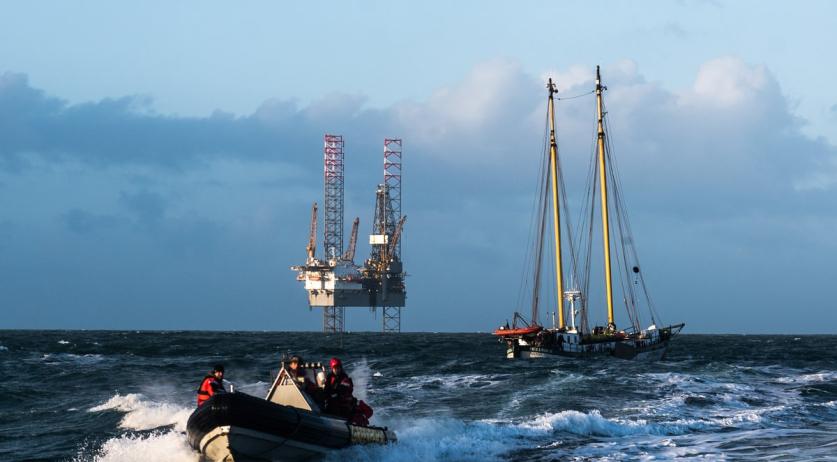 The police arrested three seasick Greenpeace activists on Friday. The activists formed part of a group that climbed onto the drilling platform near Schiermonnikoog to protest against gas drilling. They returned to shore because they felt seasick, and was arrested at Lauwersoog in Groningen.

A spokesperson for Greenpeace told RTL Nieuws that the arrests do not affect the protest. A number of activists are still on the platform. They've been there since Thursday afternoon. "The activists who were arrested had gone ashore with a boat because they were seasick", the spokesperson confirmed.

The drilling platform is located about 20 kilometers from the coast on the North Sea. Test drilling was set to start there on Friday, but it has been postponed due to the protest.