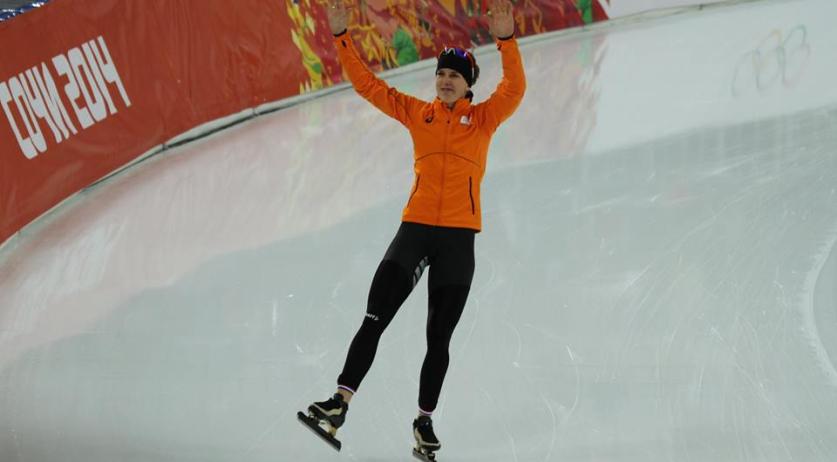 Dutch skaters Ireen Wüst and Marrit Leenstra filled two of the three podium spots for the 1,500 meters at the Winter Olympics in Gangneung on Monday. Wüst won gold with a time of 1:54:35, two tenths of a second faster than favorite Miho Takagi from Japan. Leenstra took bronze, ending 0.92 seconds behind Wüst, NOS reports.

This is Wüst's fifth gold Olympic medal, her fourth Olympic Games in a row in which she walked away with gold for an individual distance, and her 10th Olympic medal in total. Her record placed her in 7th place on the Top 10 best Winter Olympics athletes in history, according to the broadcaster. She also won silver in the 3,000 meters of this year's Olympics.

"I put a lot of pressure on myself", Wüst told NOS after winning her gold. "After the 3,000 meters the penny dropped that the 1,500 meters would be on 12 February, exactly 12 years after my first medal in Turin. Rutger Tijssen [her coach] said very nice: the circle is complete." She is very pleased. "These are my last games. This is a dream that came true."

Leenstra is beside herself with joy at her bronze medal. She has the reputation of ending fourth in large competitions. "I have been training hard over the past two years. I was always tired, but I always had these Games in my head. I wanted to do good here. I'm so happy with this medal", she said to the broadcaster.

Van Beek is less impressed with her fourth place, especially because it was with such a narrow margin. "The fourth place is not a place. I came here with a goal and did not succeed. I did not manage to have the race of my life. Ireen and Marrit did. But in four years there will be a new chance", the skater said to the broadcaster.

Prime Minister Mark Rutte called both Ireen and Marrit to congratulate them on their medals. "Fantastic achievements!" he wrote on Twitter.