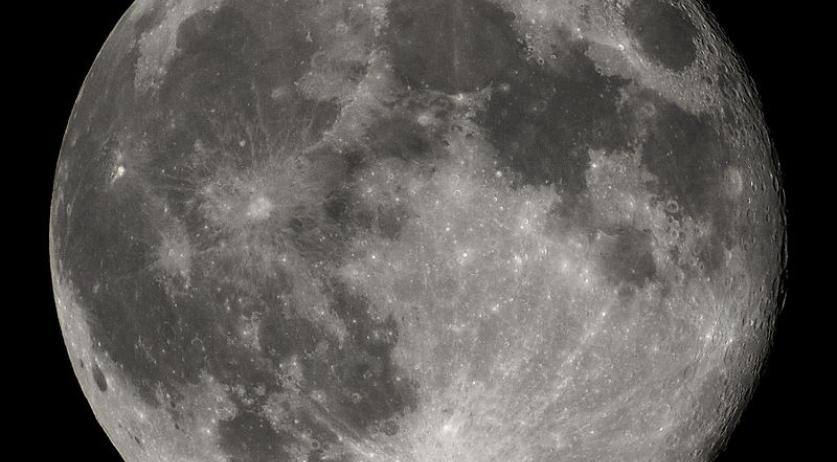 Should the weather play along, people in the Netherlands will be able to see a Super Blue Moon on Wednesday.

The phenomenon blue moon refers to the second full moon in one month, and not actually to the moon appearing blue, according to NASA. This happens around once every three years. The moon is currently also close to it's nearest approach to the earth, which means it appears larger and brighter than normal. This is referred to as a super moon.

Moonrise in the Netherlands is at 5:30 p.m. on Wednesday, and it will disappear below the horizon again by 9:00 a.m.

Weerplaza expects that the weather will allow people in the Netherlands to enjoy the Super Blue Moon today. "In the course of the afternoon a disturbance with a lot of clouds and rain will move to Germany", Diana Woei from Weerplaza, said to NU.nl. "It will clear up in the evening and night, especially in the middle and south of the country. So the phenomenon is expected to be clearly visible."

Buienradar also expects the weather to clear up after 8:00 p.m., bringing periodic patches of clear sky past midnight.

While the Netherlands will only see a Super Blue Moon tonight, people living in North America, Asia, the Pacific, and Australia are in for an extra special treat. There they will have a lunar trifecta of Super Blue Blood Moon - in addition to super moon and blue moon, the moon will also fall into the shadow of the earth. The eclipse gives the moon a red tint, hence the name blood moon. Unfortunately this will not be visible in Europe.