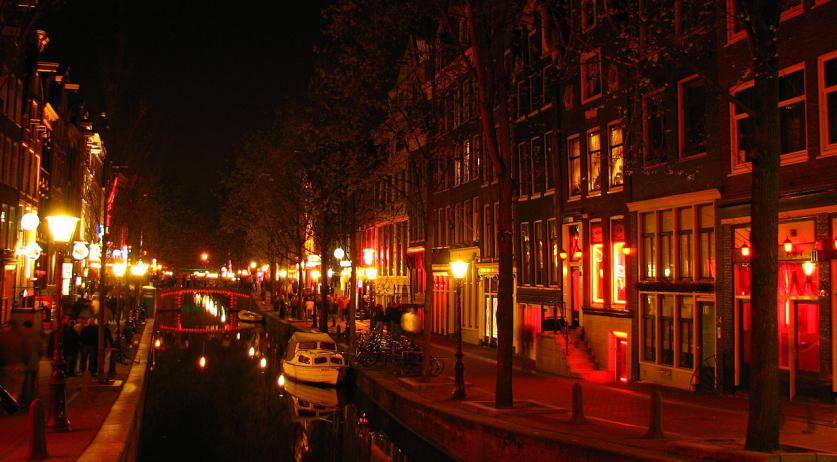 Amsterdam is implementing stricter rules for guided tours through the Red Light District from April, the city announced. The new rules, which are intended to reduce crowds in the busy area and to protect the privacy of sex workers, include a ban on tour groups larger than 20 people, and not allowing photographs to be taken of sex workers.

"The number of organized tours has increased considerably in recent years. At the busiest moments, such as between 11 and 12 in the morning, 27 groups visit the Oudekerksplein in an hour", the city of Amsterdam said in a statement.

From April, people who give tours through the Red Light District will need to apply for a permit and adhere to a number of rules. One rule states that tour groups will not be allowed to photograph sex workers, and tour guides must ensure that groups stand with their backs to the sex workers. Before a tour begins, the guide must instruct participants to show respect for residents, entrepreneurs and sex workers.

Other rules include that all tours must end by 11:00 p.m. at the latest, tour groups are not allowed to stop at places that are usually crowded, and the use of drugs or alcohol on tours is banned.

Guided tours with more than 20 people will no longer be allowed. Tour guides who do not adhere to the rules will be fined - 190 euros for an independent tour guide and 950 euros if the guide works for a company - and will lose their permit after three violations. The city will use extra enforcement to make sure that guides adhere to the new rules.

The municipality is also investigating whether it is fiscally and legally possible to impose a tax on the participants of guided tours.