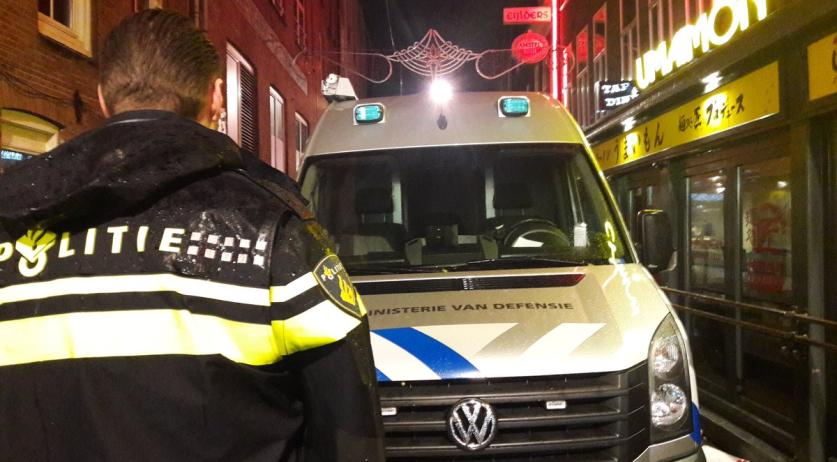 The Explosive Ordinance Disposal team responded to Korte Leidsedwarsstraat in Amsterdam city center on Friday morning after a report of an explosive lying on the street, the police said on Twitter.

Authorities said the item was determined to be an actual explosive, and not a dummy device or a toy. It was disabled and made harmless in a joint effort between the police and the bomb squad from the Ministry of Defense.

The item was found around 4:00 a.m., according to RTL Nieuws. Police later said it was found just before 5 a.m.

Police were still at the scene at the start of the business day conducting a forensic investigation. Authorities are looking for any information they can find about the origin of the device and the person who left it in such a popular area of bars, restaurants, cafes, and residences.

Friday's incident happened just 150 meters from where a hand grenade was thrown into a bar on the Leidseplein nearly a year ago, which forced the evacuation of the entire area. Two suspects fled the scene that day on a scooter, security footage showed. The affected bar, Cafe In The City, was closed for about four months by the municipality after the explosive was found as a way to protect the area.

Cafe In The City denied any involvement, and thought perhaps the explosive was meant to target the previous bar owners.