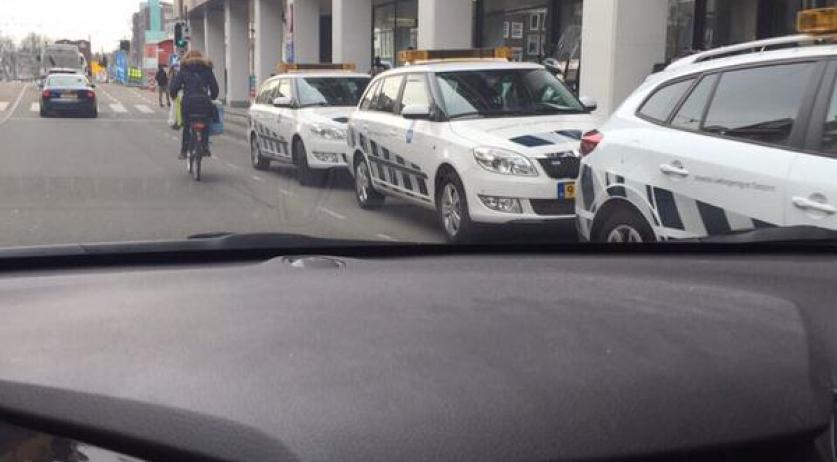 Alternative taxi platform Uber has been using a secret computer program to block access to its systems whenever the authorities raided their offices for an inspection. This way important information was hidden from the authorities for several years, according to news agency Bloomberg.

Broadcaster NOS reports that the system, called Ripley, was used in the international headquarters in Amsterdam during 2015 and 2016. Other places were it has been reported would be Brussel, Paris, Hong Kong and Montreal. Employees had received the instructions to call a special number in the headquarters in San Francisco whenever an inspection was taking place, Blomberg said. All the computers were immediately placed on lock down and made inaccessible by the remote service.

Passwords were also changed and information on phones, laptops and computers of the company were locked automatically.

Uber has had a checkered history with the Netherlands. Its offices were raided multiple times in 2015 over allegations of racketeering for pushing its UberPOP service against regulator demands. One person was arrested for obstructing the Environment and Transport Inspectorate (ILT) by "deliberately not cooperating" when ILT visited the company's headquarters as a follow up to a tax evasion investigation.

Uber in Amsterdam refused to comment on the Friday update to several media outlets. The company did release a small statement saying that like every other company with offices all over the world they do have security procedures aimed to protect the company and its clients. "If an employee loses his laptop, we have the chance to log it out remotely, in order to prevent a third party from retrieving information on Uber or its clients".

The taxi company has already been in the center of the media because of its wrong practices. When the data of 57 million Uber clients and drivers were stolen, Uber paid the hackers in order to maintain silence on the data breach. Uber also used a secret project called Greyball in order to hide from authorities. This way its drivers could work in places where Uber was not allowed. Another software was used to steal driver data from Lyft, its competitor, and with God View Uber could spy on the movements of journalists, politicians and celebrities.