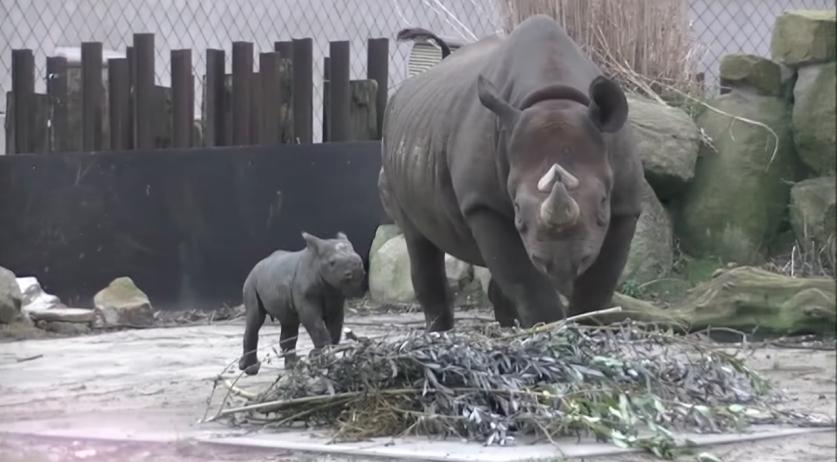 The little black rhino born at Diergaarde Blijdorp in Rotterdam finally made its first public appearance last Thursday. Born a day before Christmas Eve, the female calf spent its first ten days in its stall before venturing out on the zoo grounds.

The girl was allowed to explore the outdoors under the surveillance of its mother Naima.

Naima and male rhino Vungu were brought to the zoo in Rotterdam back in 2013. At the time, they were the first black rhinos to roam the zoo in over 50 years.

The newborn calf is already becoming a Dutch celebrity. Surveillance video of her birth was viewed nearly 86,000 times around the world less than a day after she was born.