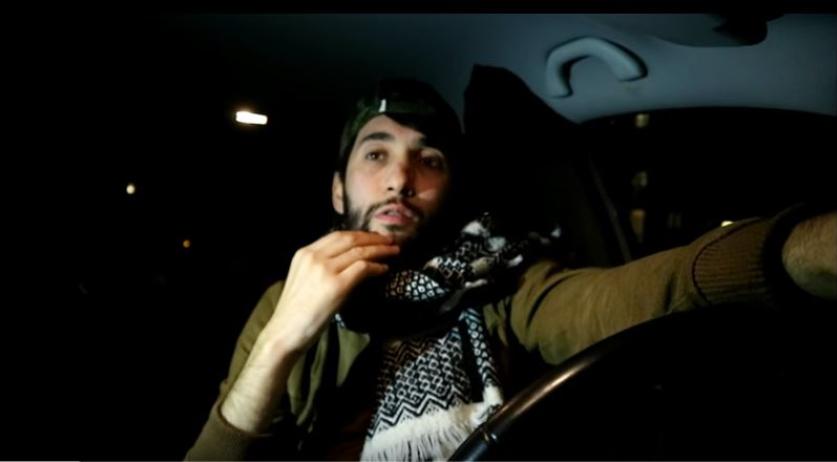 Subversive vlogger Youness Ouaali survived an attempted assassination in Hilversum on Christmas, he reported to the police. "I looked down the barrel of a pistol", he said to newspaper AD. The police are looking for witnesses.

On Monday evening Ouaali and a friend were sitting in a parked car near an Esso gas station on Soestdijkerstraatweg in Hilversum. "I saw a man walking past. At first he seemed to cross the street, but all of a sudden he zigzagged back to us. Then he pulled the weapon and cocked it. It seemed that he wanted to get rid of us both", the vlogger, who has a few thousand followers on YouTube, said to the newspaper. According to Ouaali, the gun jammed. "In any case, it did not fire. We hit the gas and sped away."

"Then I said to turn around, to see if we could intercept that guy. But he was already gone. We stopped at the gas station, because there are cameras. I checked the car for a GPS tracker and called the police", Ouaali said.

The police confirmed the incident in a statement. According to the police, it happened around 7:45 p.m. on Christmas day. Responding officers closed down the area and searched for the suspect, but found no one. The suspect is about 1.8 meters tall with a normal build. He was dressed in dark clothing, possibly including a rain coat. An investigation was launched and the police call on witnesses to come forward.

Ouaali is angry about how the police handled the case initially. "We were immediately searched. My friend and I both have a past. But we were treated as if we were the perpetrators and not the victims. The Public Prosecutor also wanted to immediately check our phones. We refused that", he said to the newspaper. He doesn't know who wants to assassinate him, he said. He regularly provokes people in his vlogs. "I have a lot of enemies." Last month he got into an argument with KRO presenter Ajouad El Miloudi, which ended with them pressing threat charges against each other.

A spokesperson for the Midden-Nederland police confirmed to AD that they asked Ouaali and his friend whether their phones could be checked on a voluntary basis. "We asked for that because we wanted clarity about the situation", she said, adding that the police are taking this matter seriously. "We immediately closed off the area and investigated. We also requested camera footage at the gas station and placed a call for witnesses."