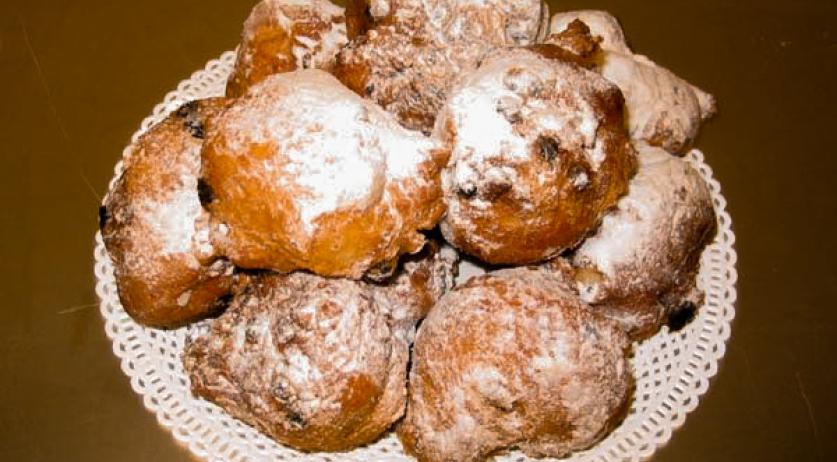 Bakkerij Klootwijk on Poolsterstaat in Rotterdam was named the bakery that makes the best oliebollen this year in AD's annual Oliebollen Test. "Even superlatives do not express the taste sufficiently. World class. A deep bow for the bakers team of Klootwijk", the AD testers write about the bakery's oliebollen.

Meesterbakker Voskamp in Spijkenisse came in second place. According to the AD testers, Voskamp very nearly snagged the title for the third year in a row. "Ultimate performance by baker Arnold Kabbedijk. What is there to say? Dielightful! Pure taste sensation. Top!". Bakkerij Vliegendehond in Wolwega, Brood- en Banketbakkerij Lorkeers in Nijverdal, and Echte Bakker Nijkamp in Holten make up the rest of the top five.

This year the Oliebollen Test only reported the 75 best oliebollen in the Netherlands, following a recent uproar about the substantiation of the assessments in the test. This was intensified by an awkward performance by AD chief editor Hans Nijenhuis on Jinek. He was there to talk about the criticism on the Oliebollen Test, and ended up lashing out at the present oliebollen baker. "If you bake as you talk, it does not surprise me that you ended last", he said to the baker.

Nijenhuis later wrote an open letter in his newspaper, calling his performance on Jinek "olie-stupid". "We are not here to harass hard-working entrepreneurs", he said. Last year a bad score in the Oliebollen Test had an Amsterdam baker in tears. The testers called his oliebollen "baked air".