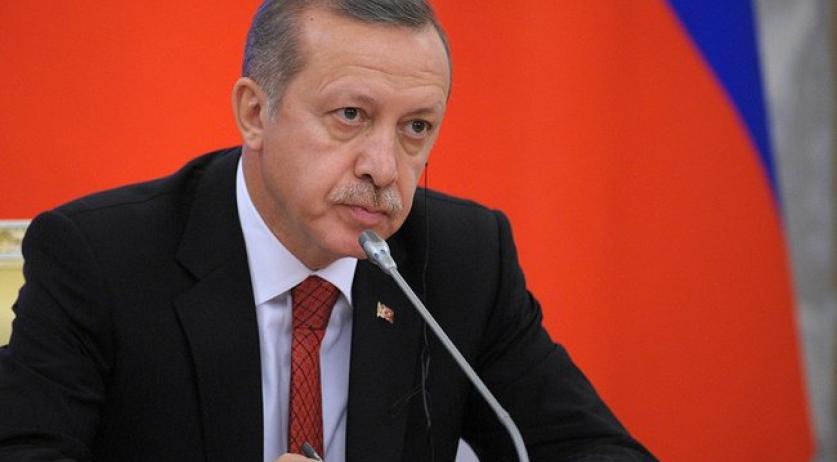 Turkish president Recep Tayyip Erdogan is demanding that Dutch political cartoonist Ruben Oppenheimer and Twitter remove a cartoon of him from the social media platform. The cartoon showing him having sex with the blue Twitter bird, with the text 'Erdogan is not a goatfucker', is offensive to him. Both Oppenheimer and Twitter received a Turkish court order to remove the picture..

For now, the Dutch cartoonist will not remove the cartoon. He reposted it on Monday. "So this is the cartoon Erdogan wants to make disappear from Twitter", Oppenheimer said in his tweet. "Is it very silly if I now make a call to massively share it again?" Shortly before posting this cartoon again, Oppenheimer also tweeted a photo of the court order he received and a letter from Twitter asking him what he is going to do. "Christmas came early this year. And in the form of a court order on behalf of my Great Goat-fucking Friend Erdogan. Would actually be nice to let Theo Hiddema assist me. To be continued..." he wrote.

The court order dates from the start of this month. Twitter is considering which steps to take. The social media platform writes that they "may be obligated to take action regarding the content identified in the legal request in the future". They also ask Oppenheimer to let them know if he decides to voluntarily remove the cartoon, or if he decides to file an objection in the Turkish courts. "We are not able to provide legal advice. You may wish to consult legal council about this matter."

This is not the first time that the Turkish president objects to this cartoon, according to the Volkskrant. Last year Oppenheimer also posted this cartoon on Facebook, which decided to remove the cartoon because it violated the social media platform's guidelines. "We use the same guidelines worldwide that have been developed to make Facebook a safe place", Facebook said then, according to the newspaper.