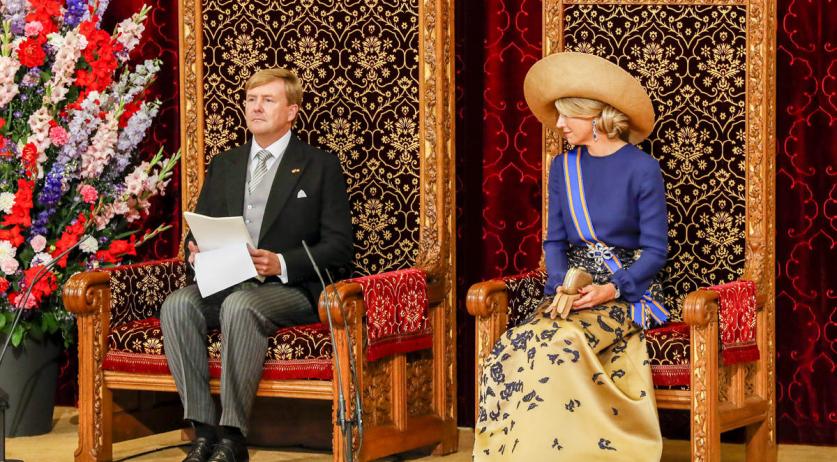 The D66 wants to follow the American example in appointing two 'designated survivors' for events and meetings where all Dutch politicians and the King and Queen come together, like Budget Day. This would involve appointing a Minister and parliamentarian to stay in a secret, secure location during such an event, so that they can take power should it happen that all other government leaders are killed or seriously injured in a terrorist attack or other disaster, NOS reports

D66 parliamentarian Joost Sneller is thinking specifically of the King's speech on Budget day. "The chance is fortunately very small, but on Budget Day something could happen and then we are without a King, without government members and without the States General", he said to the broadcaster. The States General is made up of both the Eerste Kamer and Tweede Kamer, the two house of Dutch government.

The “designated survivor” concept originates from the United States during the Cold War era. Should an attack kill off or incapacitate the entire chain of succession in front of the designee, that person then becomes leader of the nation. In the U.S., the Designated Survivor would become President, and as such, Commander in Chief of the Armed Forces, also giving that person control over the country’s nuclear weapons arsenal.

According to Sneller, the fact that the rather vague 'state of emergency law' applies in the Netherlands in the event of a major catastrophe is insufficient. The state of emergency law states that in case of major catastrophe, officials from Defense, the national counter-terrorism coordinator NCTV and other ministries have a crisis meeting to see what must be done. "In that scenario, unelected officials come together. And nothing is arranged on how decision-making takes place exactly", Sneller said. "Who then has the decisive power?"

Sneller calls such an regulation especially important, as the terrorism threat level is substantial in the Netherlands, according to the NCTV. The D66 also finds it important that the designated survivors be someone with democratic legitimacy. "The continuity of the national government is a weighty matter that we must carefully arrange", Sneller said. He feels a Minister and a parliamentarian would be ideal. Their names will be revealed before Budget Day, because it will be noticeable who is missing at the King's speech in any case.