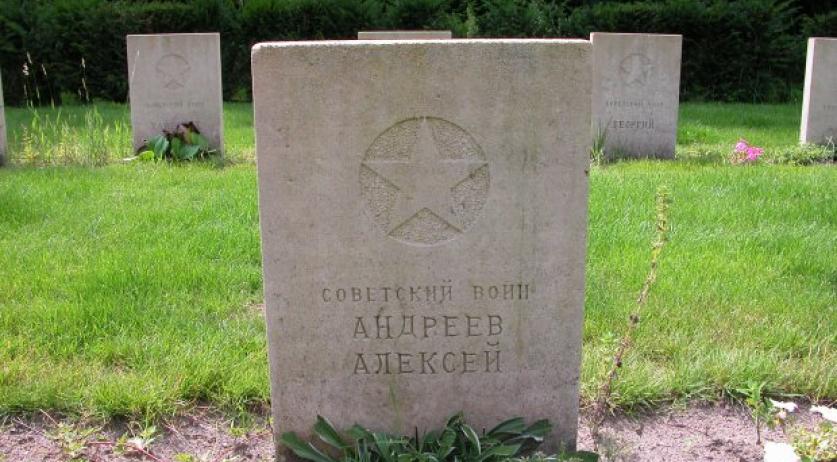 After more than 75 years the daughter and the granddaughter of a lost Soviet soldier have discovered that he is buried in Leusden, Utrecht. The Second World War soldier, Aleksej Andrejevitsj Andrejev, was found in the Russisch Ereveld, where 865 war victims from the former Soviet Union are buried, the foundation in charge of the Russisch Ereveld announced.

Andrejev’s family found him after searching his name on the internet, which brought them to the site of the Russisch Ereveld. The foundation had been searching for this soldier's family for 15 years, without finding any trace. It turned out that they moved to Latvia after being housed in a camp in the former White Russia during the war.

According to Remco Reiding, researcher for the foundation in charge of the Russisch Ereveld, the foundation searched high and low for this family for years to no avail.  Until he got a call from an unknown number last week. “A number from Latvia. When I heard the voicemail, I got goosebumps”.

Reiding expressed his happiness for the achievement: “It is always wonderful to be able to tell children that their father is no longer missing, but in this case I had been searching for a long time. I am glad that this mystery is now solved”.

Over the past years Reiding has solved around two hundred similar cases, according to broadcaster NOS.