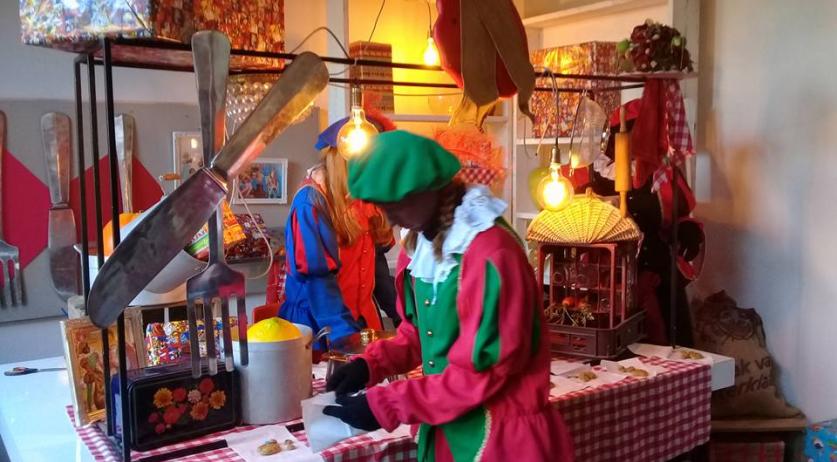 The locks of the Sinterklaas home in Dordrecht were sabotaged by activists over night. A metallic substance and glue were found in the locks, making the doors difficult to open. Stickers reading 'Zwarte Piet is racism' were stuck on the building, NOS reports.

According to the VVV, the organization responsible for the Sinterklaas home, the damage is not too bad. All stickers were removed before the home opened to its public, which mostly consists of school children. The Sinterklaas house is a municipal building where Sinterklaas 'lives'.

Dordrecht mayor Wouter Kolff condemned the action in a post on Twitter. "Sad that a children's party and the efforts of many volunteers are affected in this way. Our police officers are investigating this case. This is not a playful action. Everyone can have an opinion, but you simply keep your hands off someone else's stuff", he tweeted.

The VVV has no idea who was behind this action, Erik Zindel of the organization said to NOS. "On Monday I blocked someone on social media who wanted to have a confusing and annoying discussion about Piet, maybe that has something to do with it." He also doesn't know if they'll file a declaration with the police. "We did not want to give too much publicity to the case, but that seems to have failed."

Newspaper AD is in possession of an anonymous email that seems to be from the activists responsible for sabotaging Sinterklaas' doors. According to the newspaper, the activists write that they wanted to delay the opening of the house, so that there would be too little time to put blackface makeup on the Pieten. "We hope that Dordrecht, like many other cities, will consider adapting the stereotypical properties of Piet", AD quotes the mail.

Zindel is surprised by that. According to him, the Sinterklaas home tries to keep up with the Zwarte Piet discussion. "We consciously haven't called Piet Zwarte Piet for years and we have Pieten with soot marks and other dark shades."