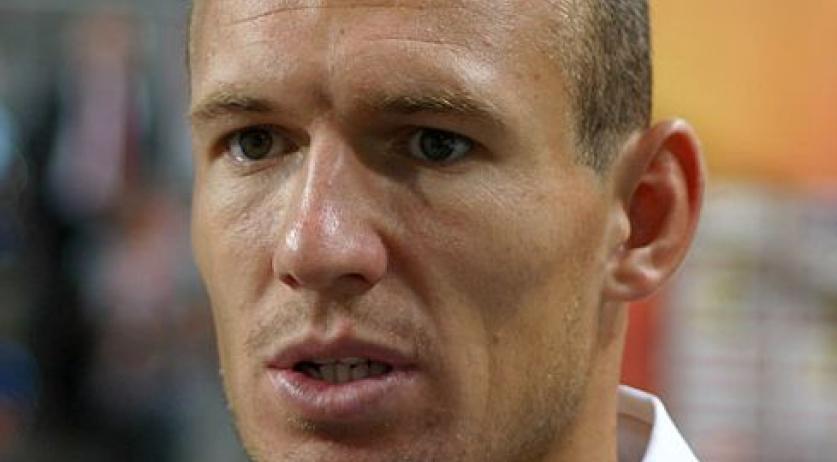 Despite a win against Sweden on Tuesday, the Dutch national football team will not go through to the World Cup in Russia next year. Oranje beat Sweden 2-0, but a win of 7-0 was needed for the Dutch team to place in the playoffs for the World Cup, RTL Nieuws reports.

Both goals were scored by captain Arjen Robben, who announced shortly after the match that he is leaving Dutch football. "It was not about me, not about my departure match. But I knew very well that this could be my last match in Oranje. That made it very special and gave me trouble every now and again", he said to the broadcaster. "Before the game was very hard. I realized that everything would be for the last time."

Most of the Oranje players were surprised by Robben's departure. "Through everything I read in the media, it was in the back of my mind that this could happen", Ryan Babel said to NU.nl. "It's a pity that he's stopping. Arjen is a great football player." Babel played with Robben in the 2006 World Cup in Germany. "I was lucky to be there at the World Cup in Germany. Arjen was young like me, but he was already there. The threat and daring he had then already. That's typical Arjen."

During the 2006 World Cup, Davy Klaassen was still a teenager watching Robben on television. "I thanked him for all the great things he did for the team, even when I was still a supporter in front of the television. In 2010 during the World Cup I was on a square watching him." Klaassen said to NU.nl. "It's pretty incredible that he was so important for Oranje for so long. Every Dutch person can be grateful to him. Robben is one of the best players our country ever had."

Oranje played the match in the Johan Cruijff Arena in Amsterdam wearing black armbands in tribute to Amsterdam Mayor Eberhard van der Laan, who passed away last week after a months long battle against metastatic lung cancer. A minute of silence was held before the match in honor of the mayor.

The Dutch players knew that winning by seven goals would be almost impossible, but are still disappointed. "Missing two major tournaments in a row, that's really the lowest point in my career", Daley Blind said to RTL after the match. "I already feel it, and it will get worse. In the summer during the World Cup, it will all come back again."

"We did not make it, but I thought 12 points from five matches would be enough", coach Dick Advocaat said to the broadcaster. In the qualifiers Oranje won against Luxembourg 5-0, Bulgaria 3-1, Belarus 3-1 and Sweden 2-0. The Dutch team only lost against France 0-4. About his future in Dutch football, Advocaat said: "Whether it's ruled out that I stay? Well if that's what you want to hear, I'll say now that it's ruled out. I haven't thought about that at all. But never say never in football."

Now that Oranje won't be participating in the World Cup, King Willem-Alexander will be supporting Portugal, according to newspaper AD. During the second day of the Royals' state visit to Portugal, a student who welcomed the King and Queen Maxima to the University of Lisbon expressed regret that the Dutch team did not qualify. "But now you can cheer for Portugal", the student joked. The King jovially replied: "We will do that!"