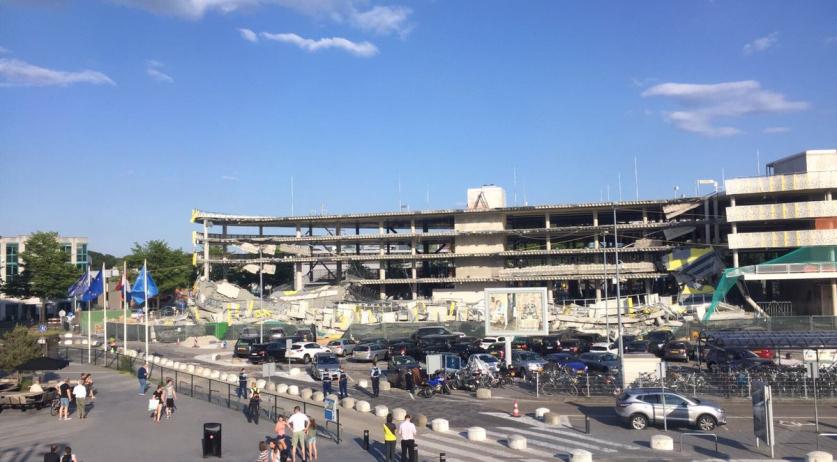 The Ministry of Home Affairs wants Dutch municipalities to check buildings in their territory, to make sure their floors weren't constructed in the same way as that of the parking garage at Eindhoven Airport, which partially collapsed in May. Investigations into the collapse concluded that, due to a construction error, the floors were not strong enough, RTL Nieuws reports.

The parking garage was still under construction when it partially collapsed. No one was working there at the time, so there were no injuries. The situation that led to the collapse was exceptional, but the investigators could not rule out the possibility that the same construction method was used elsewhere in the country.

Simon Witje, director of Hageman - one of the companies that investigated the collapse - could not say how many buildings in the Netherlands were built in this way, according to RTL. Construction company BAM, which built the parking garage, has about 25 buildings in its own portfolio that will now be inspected. BAM director Jaap Hazeleger emphasized that there is no reason for concern and no reason to think that any existing buildings will collapse.

The Ministry of Home Affairs will also send municipalities a letter, stating that they must be aware of this risk when granting permits for new construction.