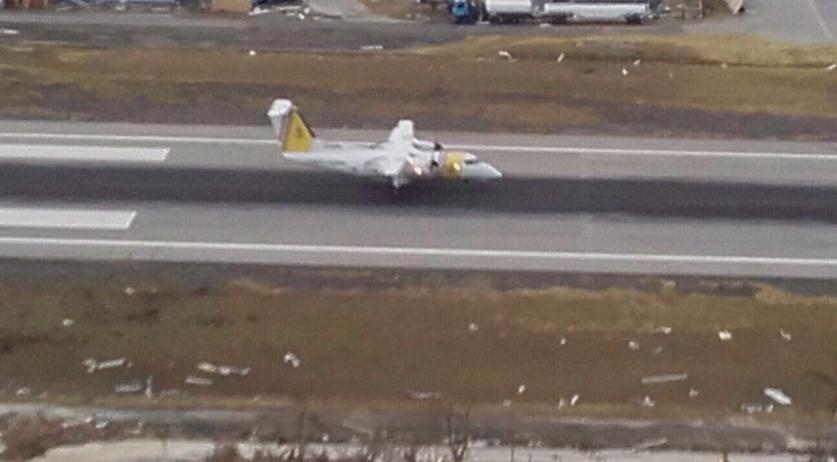 The emergency aid for Sint Maarten is finally on its way after Hurricane Irma caused devastation on the island on Wednesday. A plane managed to land at the battered Princess Juliana International Airport and the first Dutch navy ship unloaded its emergency supplies. According to Naval Commander Peter Jan de Vin, they are working as fast as they safely can to get as much as possible done before Hurricane Jose is expected to hit on Saturday, NU.nl reports.

Hurricane Irma's death count on the Caribbean islands climbed to 16. A total of five people died on Sint Maarten - one on the Dutch part of the island, the other four on the French side.

The plane landed at the Sint Maarten airport on Thursday night, local time, according to De Vin's Twitter feed. Only planes able to land without the help of the air traffic control tower can currently use the airport. This test plane carried a small detachment of extra police officers. They will be deployed to help maintain public order and security on the island, according to the newspaper.

Naval ship Zr. Ms. Pelikaan was unloaded and is now on its why to Curacao to pick up a new load of supplies.

On Saturday morning a KLM cargo plane is taking some 60 tons of Red Cross supplies to the island. The Dutch airline made the plane available to the Red Cross free of charge. According to Red Cross spokesperson Merlijn Stoffels, the supplies on board include tarpaulins, generators, jerrycans and solar panels. If there is space left in the plane, drinking water will be added to its load. "The items were paid with money donated to Giro 5125", Stoffels said to Het Parool. "The generous donors can see what's happening with their contribution."

The soldiers present on Sint Maarten are assisting the local police in restoring public order, Minister Ronald Plasterk of Home Affairs and Kingdom Relations said. Another 50 soldiers are on their way from Curacao to Sint Maarten. "Fortunately, we sent soldiers to the island in advance", the Minister said. The public administration is not functioning at the moment, due to lack of communication, according to Plasterk.

Plasterk spoke with Sint Maarten Prime Minister William Marlin earlier on Thursday. According to the Dutch Minister, Marlin's top concerns are finding housing for the 40 thousand inhabitants of the island and the availability of medical assistance.

"Many people on Sint Maarten are only trying to survive and doing everything they can to get food and drink. We must keep the masses in check", former Prime Minister and current parliament chairman Sarah Wescott-Williams said about persistent reports of looting on the island, according to NU.nl. The island urgently needs help. "The devastation of Hurricane Irma on Sint Maarten is so much worse than with all previous hurricanes we experienced", she said. "We had a huge blow. No one expected this. Everyone is astonished at the hurricane's power."

According to calculations by the American National Hurricane Center in Miami, Hurricane Jose will pass close by Antigua and Barbuda on Saturday afternoon, local time, and then along Anguilla and Sint Maarten not much later, before heading north. That means it will hit Sint Maarten by Saturday morning, Dutch time. Jose is expected to be a category 3 hurricane, Irma was a category 5. But with the state that the island is in at present, Jose can be just as devastating as Irma was.

The Ministers involved in arranging emergency relief for the island, are meeting again at the National Crisis Center in The Hague on Friday.

The islands of Saba and Sint Eustatius were also hit by Hurricane Irma on Wednesday, though they sustained less damage than Sint Maarten. Members of the Koninklijke Marechaussee - a policing force that works as part of the Dutch military - are assisting in the clean up on the two islands.