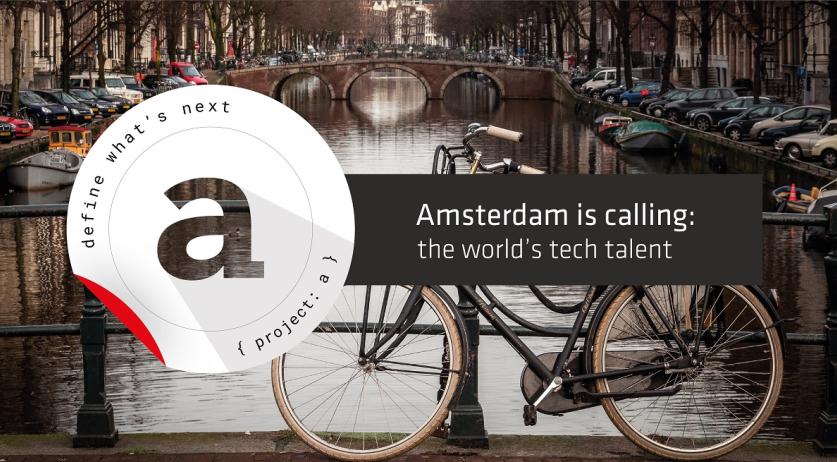 Amsterdam teams up with tech companies to attract international talent

The city of Amsterdam teamed up with Amsterdam-based technology companies for a new project aimed at attracting international talent to the Dutch capital. Ten innovative tech companies collaborated and came up with 10 "future-defining"' projects, for which they are looking for highly skilled international talent to work on and to "strengthen the capital's already extraordinary talent pool", Startup Amsterdam announced in a press release.

According to the press release, project: a is the first initiative that encourages tech companies to collaborate to attract talent, instead of just competing for it. "For centuries, Amsterdam has been defining what's next. Today, we invite foreign talent to our international city to work on world-changing ideas. It is truly unique that tech companies from the same city collaborate in this way to attract top talent", Kasja Ollongren, deputy mayor of Amsterdam, said about the project.

This initiative consists of 10 projects that include everything from self-driving cars and digitalizing the flower industry, to the world's most intelligent energy grid and smart supermarkets. Specialists interested in working on one of these innovative projects, can apply at the online platform. More information about the projects is also available there. Applications are open until September 25th.

The top 10 candidates will be selected and announced on September 26th. They will be flown to Amsterdam in October - all expenses paid - where they will meet with the involved tech companies and be interviewed by their preferred employers. They will also get VIP passes for the World Summit AI.

project: a is part of the Startup Amsterdam program, which aims to further develop and strengthen Amsterdam's startup and tech sector. The companies involved in project: a are 3D Hubs, Adyen, Alliander, bloomon, Bynder, Growth Tribe, Picnic, Squla, Takeaway and Tomtom.