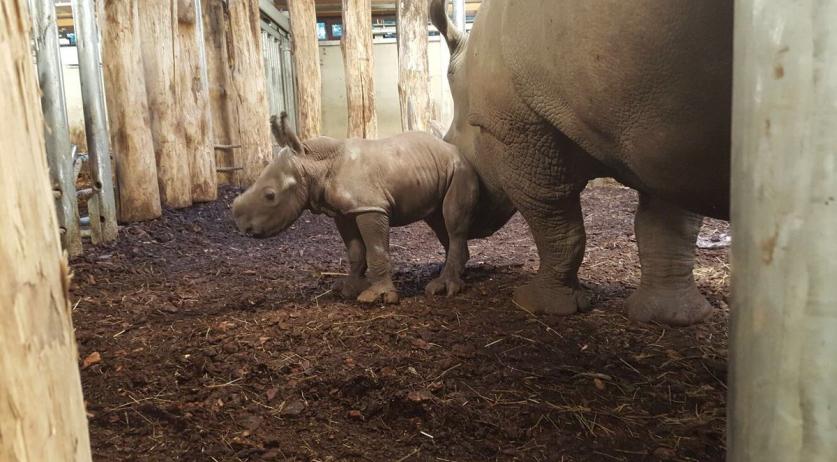 A baby white rhinoceros was born at Burgers' Zoo in Arnhem on Thursday night. Thousands of people watched the birth, which happened at 10:30 p.m., live via webcam, according to the zoo.

This is the second time mother Izala gives birth at the zoo. Her first baby was stillborn in January 2016. According to the zoo, it is common for white rhinos to struggle with the first birth. This second birth went very well.

The new baby rhino is a girl and was named Wiesje, according to Omroep Gelderland.

Izala came to the Arnhem zoo from a zoo in Kolmarden, Sweden in 2013.