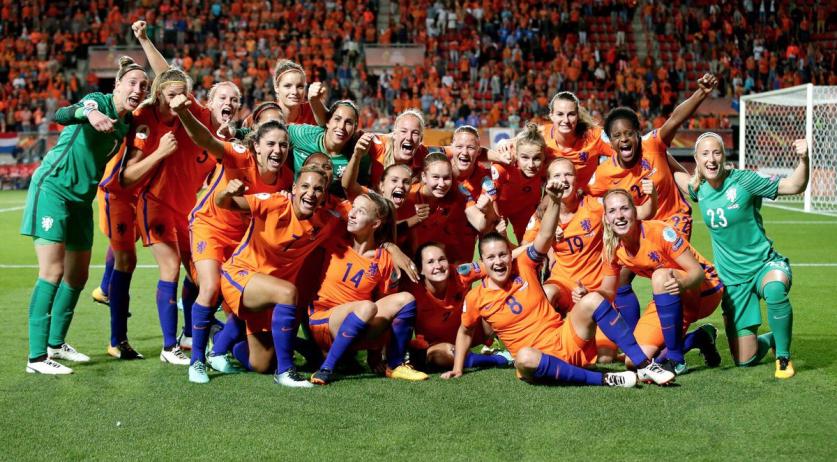 Oranje women through to European Championship finals; victory celebration to be held in Utrecht

The Netherlands national women's football team beat England 3-0 on Thursday night and thereby progressed to the European Women's Championship finals for the first time ever, according to ANP. The Oranje women will be facing off against Denmark in Enschede on Sunday. Should they win the cup, the Dutch team will be honored in a celebration ceremony in Utrecht on Monday evening.

The celebration will be held between 6:00 p.m. and 8:30 p.m. on the Lepelenburg on Monday, mayor Jan van Zanen wrote to the Utrecht city council on Friday. The KNVB asked Utrecht whether the celebration can be held there in July already. The Dutch football association chose Utrecht because that's where the Championship kicked off, with a 1-0 victory for the Netherlands against Norway.

"The KNVB chose Utrecht, one of the seven match cities, because of the beautiful start of the tournament on 16 July, the central location of our city and the convenient location relative to the KNVB campus, the base camp of the Oranje lionesses", Van Zanen wrote, according to the news wire.

Tickets for the finals in Enschede on Sunday are already sold out. According to NOS, tickets have been offered for 2,500 euros on resale site Ticketswap. And on Marktplaats you can buy one for a minimum of 50 euros. The tickets originally sold for between 20 and 40 euros.