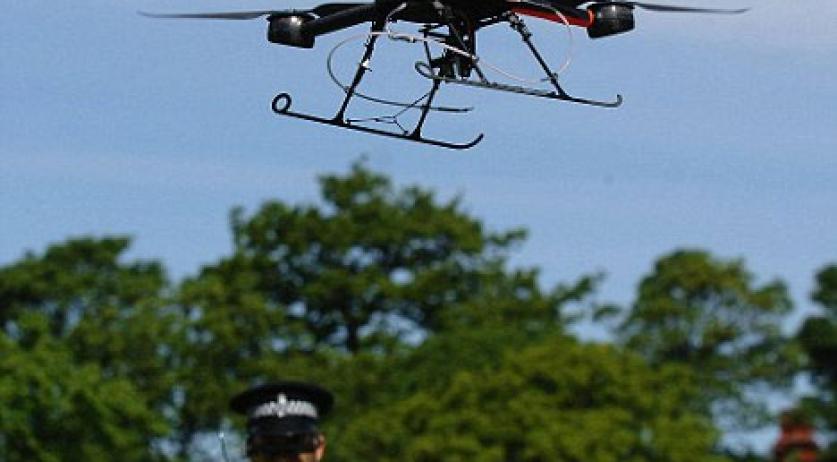 - Source: The use of drones by police departments around the world to easily monitor crowds of people is increasing. (credit Daily Mail) at
Innovation
drone
fire department
got lost
Haaksbergen
Witte Veen
police
Argus
Share this:

The woman called the emergency services around 6:00 p.m. because she got lost while walking in the Witte Veen - the border area between the Dutch province of Overijssel and Germany. Two police officers were deployed. They made telephone contact with the woman, and managed to track her down by shouting for her.

The woman's walk took her quite far into the nature reserve. When a considerable amount of time passed, and the lady and officers weren't back yet, the fire brigade decided to deploy their Argus-drone to find them. With its camera, the flying drone tracked them down easily and showed them the way back.

At 8:30 p.m., the woman was finally at the end of her long walk. The police officers gave her a lift home.