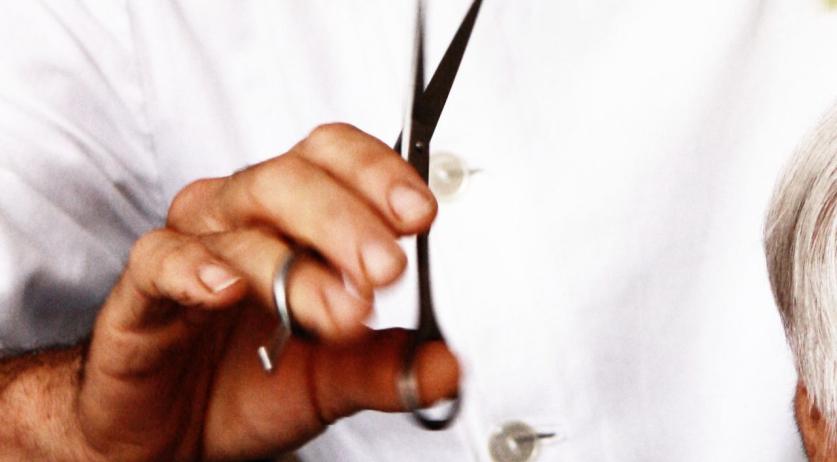 "Lust Barber" sneaks up on teen girl, cuts off lock of hair; "Felt like an attack on my body"

Seventeen year old Shannon Cornelissen from Helmond was enjoying a night out in Eindhoven with her friend this weekend when someone snuck up behind her and cut off a 30 cm lock of her hair. "It felt like an attack on my body", she said to Eindhovens Dagblad.

The weird attack happened around 1:30 a.m. on Sunday as Shannon and her friend were walking through Stratumseind towards Santiago de Cuba. "While we were walking there I felt something on my hair. I heard the sound of a scissors and told my friend to look at my hair. She immediately saw that a pair of scissors was used on it and pulled 30 centimeters out", the girl said to Omroep Brabant. "I walked to a security guard at Bartenders bar and he helped me. He called the police so that I could report what happened."

Shannon is not the first woman in Eindhoven to have her hair cut by a stranger. In February a 22-year-old man from Helmond was arrested for doing the same to several other women. He was locally known as the 'lust barber'. "If he is active again, I'm his sixth victim", Shannon said to the broadcaster.

The police told Eindhovens Dagblad that the Helmond man is not in custody any longer, but would not speculate on whether he was involved in what happened to Shannon.

Shannon's hairdresser tried to mask the missing gap in her hair by thinning out the part of the lock that remained and cutting 10 centimeters off the rest of her hair.