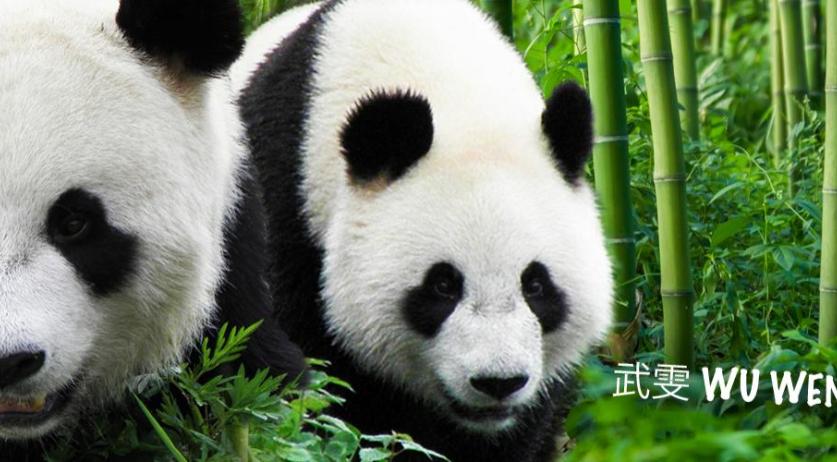 After seven weeks in quarantine, giant pandas Wu Wen and Xing Ya will make their first public appearance at the Ouwehands Zoo in Rhenen this afternoon. "We have been waiting for this moment for a long time", zoo director Robin de Lange said to RTV Utrecht. "You can imagine that if you wait for something so long, then your are very happy that it's finally happening today."

The program starts at 4:30 p.m. with several speeches, including one from former prime minister Jan Peter Balkende. He was very involved in the lobby to get the pandas to the Netherlands. State Secretary Martijn van Dam of Economic Affairs will also say something. Around 5:00 p.m. there will be several Chinese acts. Then owner Marcel Boekhoorn will open Pandasia. At around 5:30 p.m. the doors will open for the pandas to come outside.

The pandas will choose for themselves whether or not to go outside, according to De Lange. "We'll have to wait and see." Both pandas are doing very well at Rhenen, he said. "The Chinese caregivers already returned to China. That's a good sign They have sufficient confidence in us." The pandas will be staying and Ouwehands Zoo for 15 years.

The pandas cost the zoo one million dollars a year, which goes to the panda protection program in China. That is on top of the 7 million euros it cost to build Pandasia. "That is a lot of money, certainly for a zoo like Ouwehands." The zoo hopes to cover these extra costs with more visitors attracted by the pandas, and somewhat higher entry fees.

Tickets to see the pandas are sold out for the first few days. All Pandasia visitors must buy tickets in advance.