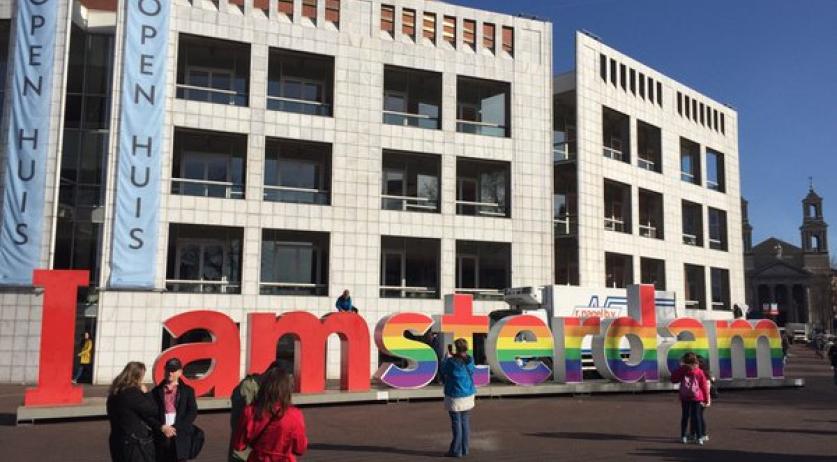 Amsterdam was ranked 5th in real estate advisor Savills' list of attractive locations for technology companies in the world. The Dutch capital is praised for how well it is connected to other cities, largely thanks to international airport Schiphol, its skilled workers, its attractive living environment and the fact that most everyone in the city can speak English.

According to the report, Amsterdam is vibrant and its large university population is a "magnet for talent". Where London performs better on tech environment, property in Amsterdam is half the cost. A cup of flat white coffee is $2.50 in Amsterdam, compared to the average of $3.23. Savills checked coffee prices because the coffee shop and the "ability to get a decent flat white coffee in an environment with free WiFi is a good barometer of a city's functioning as a tech hub." Amsterdam came in 7th place in the "flat white rating".

The fact that Amsterdam has little pollution and crime and many possibilities for leisure and night life, also counted heavily in the Dutch capital's favor in the ranking. According to Savills, these factors are increasingly important as the young tech workers businesses want to attract look for cities where they can have a balanced work and private life.

While office space is relatively expensive in Amsterdam, the Dutch tax system is regarded as very attractive.

All these factors made Amsterdam the home of an increasing number of technology companies, both Dutch and international, Financieele Dagblad reports. On Thursday American company Netflix announced that it is taking on hundreds of new employees in Amsterdam. By late next year Netflix wants to employ over 400 people in the Dutch capital.

According to the newspaper, Amsterdam now counts 1.3 startups per 1,000 people.