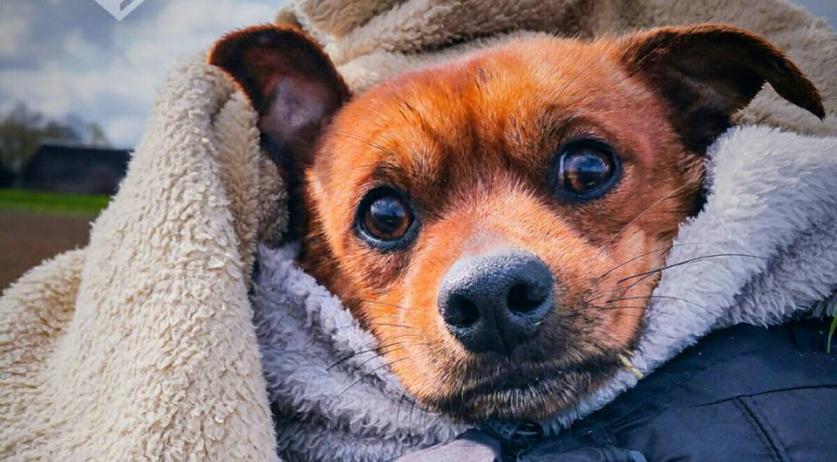 Firefighters in the small Gelderland town of Wilp managed to free a small dog that trapped itself into a sewer. Flaco sprinted away from its owner when his harness snapped open during a walk on Friday, running past a dike and scampering across two meadows.

He then appeared to hide in a "safe place," a partially-submerged drain pipe where he found himself caught. The dog's owner tracked him down and tried to use treats to coax the scared animal into safety.

When that failed, he called emergency services, the local police force reported on Facebook. Voorst police responded along with firefighters from the nearby village of Twello.

One firefighter donned a waterproof set of cover-alls and climbed into the narrow pipe, emerging moments later with the tiny pooch. Flaco was reunited with his owners shortly after the rescue.

Police report that the dog is in good condition. 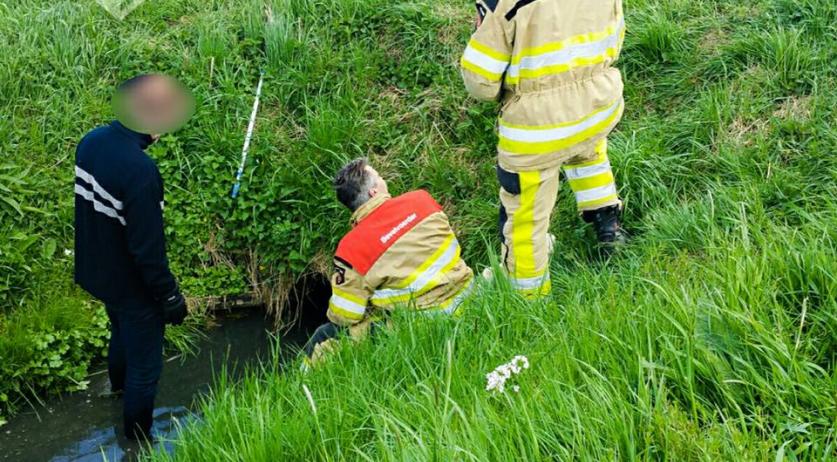 Rescue workers try to free Flaco the dog in Wilp, as his scared owners look on. April 14, 2017. - Source: photo: Politie Voorst at