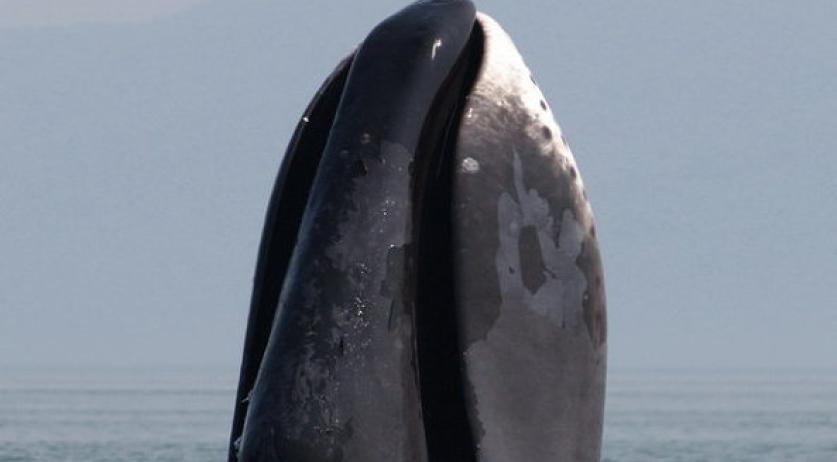 A bowhead whale was spotted swimming off the coast of Vlissingen, the first ever confirmed sighting of such an animal in Dutch waters, according to SOS Dolfijn. The whale was first spotted on Monday night, swimming close enough to the beach that it was visible from the promenade, NU.nl reports.

SOS Dolfijn and the first aid organization for marine animals EHBZ will keep an eye on the whale as much as possible in the coming days. Both organizations advise the public to stay away from the animal.

Vlissingen lifeguard Albert Dijkstra carefully approached the whale on a lifeboat for a closer look, after he received a message from EHBZ .According to him, the whale was very close to the beach on Monday night, swimming from the Gevangentoren to the Nollehoofd.

It is believed that this bowhead whale is the same whale that was spotted off the Belgian coast last week. Belgian observers noticed that the whale had a rope or net stuck to its tail. "It could be that the animal is in trouble", a spokesperson for SOS Dolpijn said to NU.nl. The organization will keep this in mind while keeping an eye on the animal and try to intervene if necessary.

Bowhhead whales, sometimes also called Greenland whales, are baleen whales that can grow to more than 18 meters long. They can be identified by their white chin, the fact that they have no dorsal fin and how near their blowhole is to a hump. These whales mostly live in the waters around the North Pole.