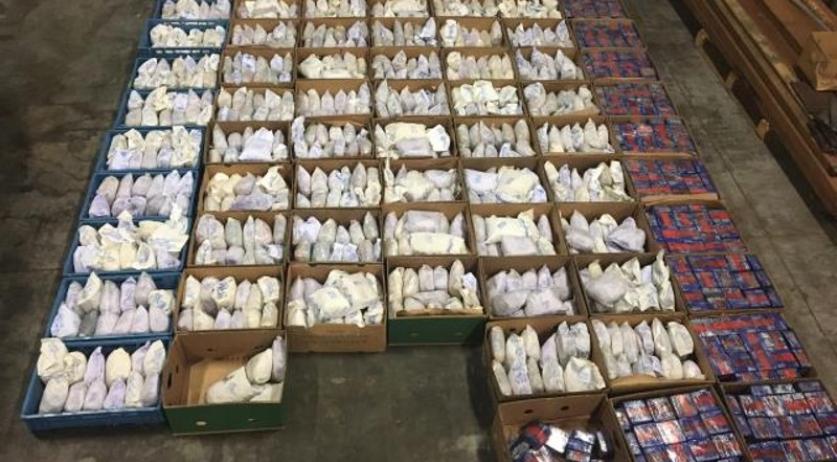 On Tuesday the Dutch police arrested six persons in connection with the discovery of 1,100 kilograms of heroin in a container from Iran, the police said in a statement. The drugs' street value is around 34 million euros, according to the police. More arrests may follow.

The arrests were made after the Dutch authorities and Belgian authorities jointly searched a container from Iran in the port of Antwerp on Monday. In it they found the drugs hidden in two baking machines. The drugs were removed and the container was sent on to its destination.

On Tuesday the container was delivered to Heijen, Noord-Limburg. There the police arrested two men from Amsterdam who were trying to open the baking machines. A man from Sittard left the scene a short time before, but the police managed to arrest him on the highway.

Three men were also arrested at the port of Rotterdam, at the company that arranged the transport of the container to Heijen. These suspects are from Amersfoort, Rotterdam and one with no fixed residence.

For the Belgian authorities this was a record drug bust, never before has this amount of heroin been seized in the country. The Netherlands has a standing record of 1,200 kilos of heroin seized.