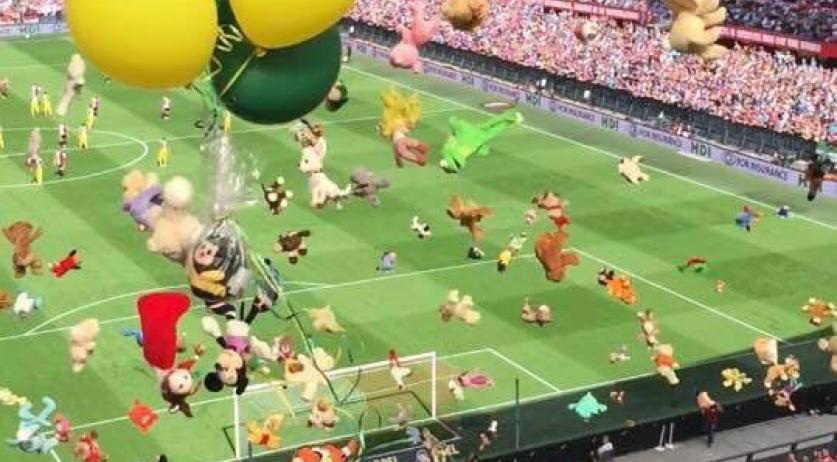 ADO Den Haag supporters narrowly missed out on the Besst Fan prize at the FIFA gala in Zurich on Monday. They came in third place with 23 percent of the votes, for their teddy toss for sick kids in September last year, NU.nl reports.

First place went to the supporters of Liverpool and Borussia Dortmund. They were nominated together for singing "You'll Never Walk Alone" ahead of a Europa Legue match between the two clubs a day before the anniversary of the Hillsborough disaster. 27 years earlier 96 Liverpool supporters died in the disaster. This action got 46 percent of the votes.

Iceland supporters came in second place for advertising their country during the European Championships last summer. They celebrated their country by doing a mass version fo the "haka", getting them 31 percent of the votes.

ADO came in third place. On September 11th last year, they were playing against Feyenoord in De Kuip and found out that sick children from the Sophia Children's Hospital would also be attending the match. The ADO supporters arranged a teddy toss, in which they showered the sick kids sitting in the box below them with stuffed animals.