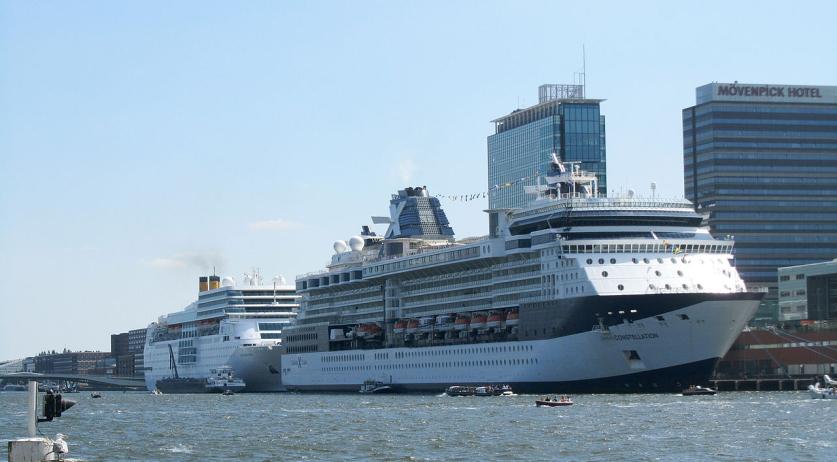 A majority in the Amsterdam city council supports moving the Dutch capital's cruise ship terminal out of the city center, was revealed in a debate on the matter on Wednesday, Het Parool reports.

Two weeks ago alderman Kasja Ollongren argued that moving the Passenger Terminal Amsterdam is inevitable in the fight against the overcrowded city center. The terminal is currently located at the Piet Heinkade. According to Ollongren, the arrival of a cruise ship leads to about 50 buses at the terminal and up to 400 taxi movements. "Groups of cruis ship passengers go walking into the city and join other groups. Combined these case a great nuisance." The alderman finds it logical to connect moving the terminal to the discussion about the crowds in the city. The port lobby argued against these statements.

But the majority of the city council agrees with Ollongren. "A move is not the solution, but it can contribute to addressing the crowds in the city", PvdA councilor Dennis Boutkan said, according to the newspaper.

The VVD previously called moving the cruise ship terminal an "absurd measure". Faction chairman Marja Ruigrok wondered whether it would have a sumbstantial effect on the number of tourists in the center. But during the debate VVD alderman Eric van der Brug made positive statements about moving the terminal.