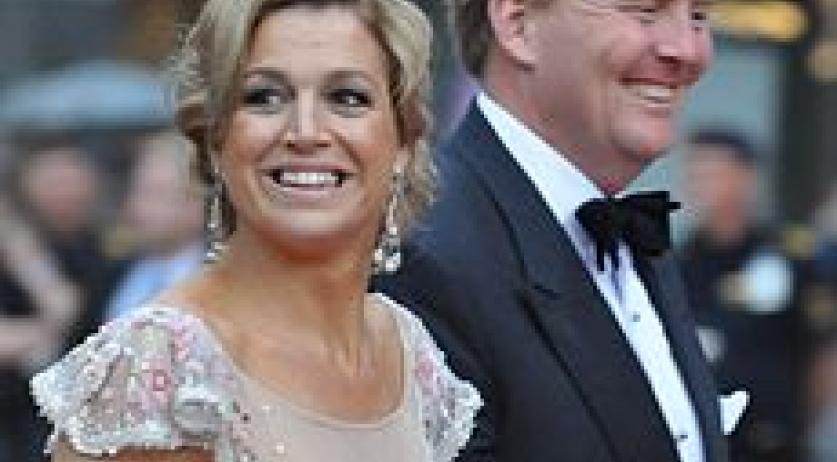 King Willem-Alexander and Queen Maxima arrived in a rainy New Zealand on Monday morning for a three day state visit. They were welcomed to the Government House in Wellington by a Maori ceremonial challenge, in which visitors have to show that they come with good intentions, ANP reports.

The Maori - the indegenous people of New Zealand - challenged the King and Queen to show their intentions with a so-called haka powhiri. King Willem-Alexander picked up the "dart" that landed at his feet to show they come with good intentions. After that the Maori gave the King free passage to Governor General Dame Patssy Reddy, who invited the King to inspect the guard of honor.

This state visit is dedicated to "confirming and strengthening the historical and bilateral ties" between the Netherlands and New Zealand - the same as the preceding state visit to Australia. The state visit is paired with a trade mission, which is headed by Minister Henk Kamp of Economic Affairs.

On Monday the Royal couple will our the Great War Exhibition, which shows the role New Zealand played during the First World War, according to NOS. In the afternoon they will speak with Prime Minister John Key and visit a production company that specializes in audio-visual effects. The company worked on The Hobbit and The Lord of the Rings, among other films. The day will end with a state banquet at the Government House, where bot the Governor General and the King will give speeches.

On Tuesday the King and Queen willl visit Christchurch, where they will learn about the breeding program for the kiwi - an endangered bird species in New Zealand. They will also learn about the culture and economic performace of the Maori and about the rebuilding of Chistchurc after an earthquake in 2011.

On Wednesday the Dutch royals will visit Auckland, where the shared history of the Netherlands and New Zealand will be highlighted by a visit to a gallery to see two carvings of Abel Tasman's first encounter with the Maori in 1642. The King and Queen will also attend the economic conference Future of FOod, which focuses on intensifying cooperation in the fields of agriculture, food and horticulture.