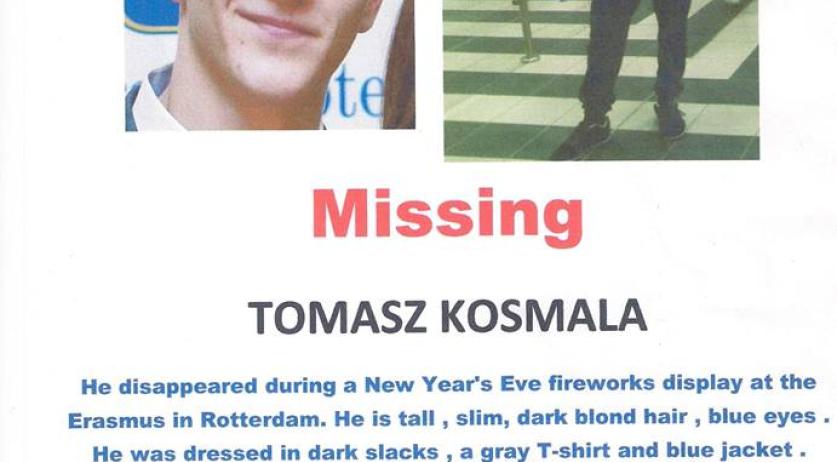 The family of 20-year-old Pole Tomasz Kosmala wants a new investigation into the young man's death. He disappeared in Rotterdam on New Year's Eve' and his body was found in the water of Koningshaven in March. The Prosecutor ruled it an accidental drowning, but the famile feels there are still too many uncertainties about what happened to him, AD reports.

The family launched a so-called Article 12 procedure to force the Prosecutor to investigate, their lawyer Sebastien Diekstra confirmed to the newspaper.

In July the Prosecutor wrote to Tomasz' parents saying that a criminal investigation was done and that their sone likely died in a fatal accident.

But his parents feel that there are too many indications that something else was going on. Witnesses stated that they saw Kosmala with a head wound and being supported by two others. And in January a man was in a Polish shop in Rotterdam, saw a picture of Kosmala and said something like: I beat him up. The police intercepted some of his communications and found that he and someone else were texting about Kosmala's death.

This raises the suggestion that someone else was involved in the young Pole's death, according to the family.

The police arrested one of the two texting men and questioned both of them. But this and further investigation into their phone records, among other things, showed no further involvement with Kosmala, according to the Prosecutor. An autopsy of the young man's body also showed no indications that he was violently killed. The likely cause of death was drowining, though this can not be determined with 100 percent certainty.