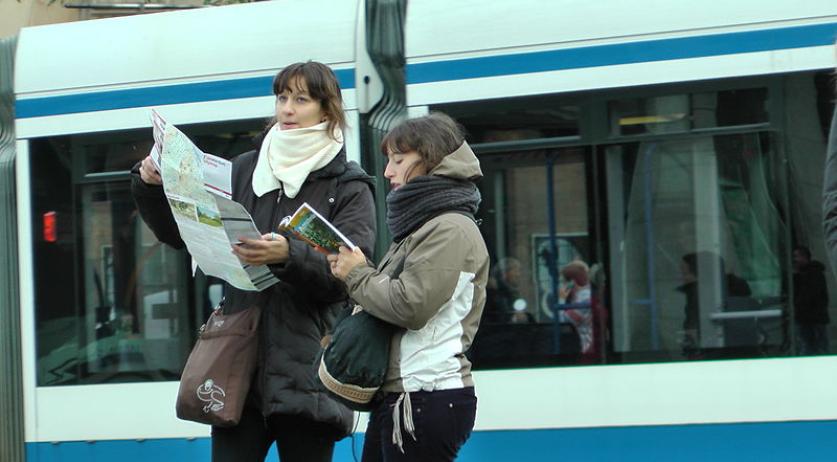 A number of Amsterdam city center residents and entrepreneurs, united under the name d'Oude Binnenstad, sent a letter to Mayor Eberhard van der Laan complaining about the growing nuisance of tourists and the tourist industry. Tourism is taking over the city and Amsterdam is becoming uninhabitable, they write. "There used to be a tourist season. You could survive that, because then you knew when it would be busy. Now it is a party every day", resident Bert Nap said to broadcaster NOS. According to him, the Amsterdam inner city is being "Disney-fied". It is turning into an amusement park. But with the difference that the visitors don't go home at closing time and there is not adequate supervision like you'll find in a real amusement park. d'Oude Binnenstad call on Mayor Eberhard van der Laan and his aldermen to do something about the situation. The crowds are becoming uncontrollable, they say. Over the past five years tourist numbers have doubled. Thousands of hotel rooms were added to the city and more and more people are renting their homes to tourists through Airbnb, according to the resident. Nap told NOS that he has nothing against tourists, and he can understand that the bring in a lot of money. But it can not go on like this. "This is removing the cement", Nap said. "If residents move away only an empty shell remains. My city is beautiful, and I fight to keep it beautiful, also for the tourist. Because if tourists only encounter themselves and walk around in  neighborhoods wit only shops and low-grade hotels and restaurants, then there is nothing for them anymore." PvdA city councilor Dennis Boutkan understands the residents' complaints. "I speak to a lot of people in the city and you really notice that people are sick of it. And it's not only the residents, entrepreneurs also complain. And if entrepreneurs complain in Amsterdam, then there is definitely something going on." The mayor and alderman made an extra million euros available for next year intended to address illegal rentals. The municipality is also limiting the number of new hotels, increasing the fine for illegal rentals to 20 thousand euros and banning beer bikes from a large part of the city center.  The municipality is also launching a number of experiments to spread visitors around throughout the city.